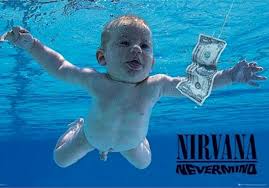 26 years ago saw the release of Nevermind by Nivarna, cementing its themes of dissatisfaction and rebellion as the defining themes of the 90s. Nirvana, has since, become an ironic and over-commercialised band, to some devaluing the significance it had on 90s pop culture. Have we witnessed a similar phenomenon since, and could we see an album defining a decade as well as Nevermind? For more, The Daily was joined by Sally Breen, Senior Lecturer in Writing and Publishing at Griffith University.