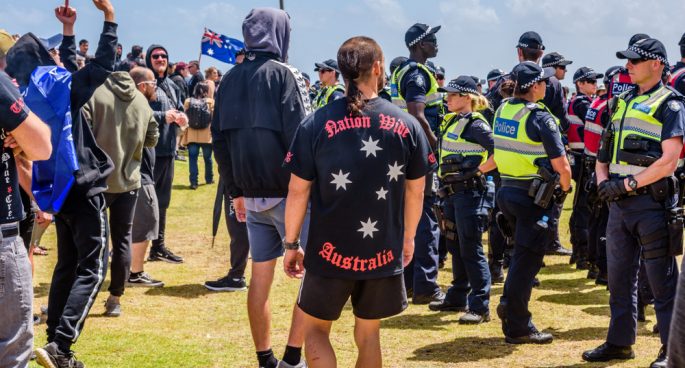 Earlier this month, an eight-month investigation by the Age, the Sydney Morning Herald and 60 Minutes revealed the workings of the largest neo-Nazi group in Australia, the National Socialist Network. Members of the NSN are self-proclaimed, proud racists. Our producer Zoe Stojanovic-Hill spoke with award-winning investigative journalist at the Age, Nick McKenzie, about Nine’s investigation into neo-Nazis in Australia.