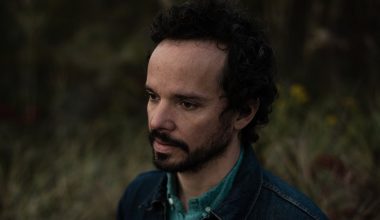 A new week means new music, and who better to bring us some of those new sounds than 2ser’s resident music guru, Andrew Khedoori.

Start out with the sophomore album from Boston trio Palehound, A Place I’ll Always Go. Led by guitar whiz Ellen Kempner, the tracks are a recognisable blend of her catchy, fuzzy pop. The album covers a period of a polarising series of emotions for Kempner, who lost her grandma and close friend, whilst also falling in love in the space between Palehound’s first and second albums. The result is a far more nuanced, complex, raw indie rock sound.

Follow up with indie pop group Algiers, and their 2nd album The Underside of Power. Algiers produce an industrial punk-like version of soul that is wildly unrelenting, and also includes elements of electronica and adventurous, politically motivated sounds. Andrew describes the tracks as a new form of gospel.

Complete your week of new music with Tenderness, a track off the latest album from Jefre Cantu-Ledesma, On the Echoing Garden,. Having lived in San Francisco and Berlin slowly releasing underground solo releases on cassette or limited LP, Cantu-Ledesma has reemerged via the iconic Mexican Summer label. Through the rendering of elements of shoegazey dream pop, Cantu-Ledesma creates what can only be described as a sound that is alien. An Argentine folk singer provides vocals on some tracks, complementing the wonderfully saturated, ambient sound.