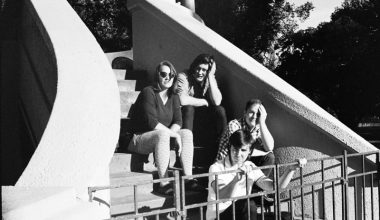 Hope Sandoval and the Warm Inventions have released their first record since 2009. Until the Hunter focuses on dim-lit songs of softly shimmering and sliding guitars and loungy, folk shuffle gorgeously rendered.

Lower Plenty from Melbourne have released their fourth album which was recorded in a kitchen in Collingwood. Sister Sister is a beguiling ramshackle folk-pop that seems to be equal parts Velvet Underground and Go Betweens.

Josef Leimberg’s Astral Projections is the solo debut for the Kendrick Lamar collaborator. Its astral jazz fusions with psychedelic soul streaked throughout plus a hip hop vibe for that modern feeling.