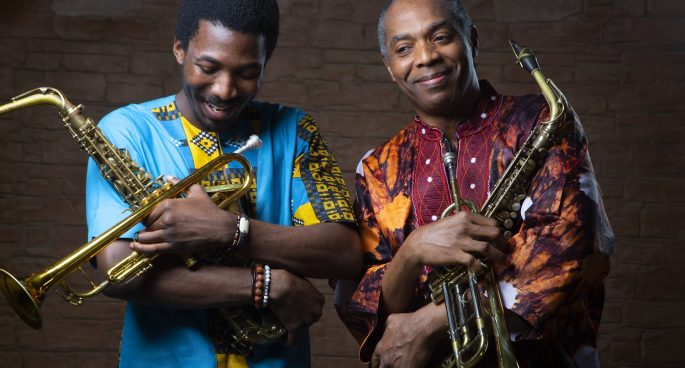 A legacy can be as much a hinderance as it can be a boon. For Nigerian father and son musicians Femi and Made Kuti, their familial connection to legendary afrobeat musician Fela Kuti places a great weight of expectations on their shoulders, while also giving them a spotlight for their music. With Legacy +, the father and son have teamed up for a double album composed of two separate records – Femi’s Stop the Hate and Made’s For(e)ward – that reflect on Fela’s musical legacy. The two albums speak in conversation with one another while also standing noticeably apart: Stop the Hate was made with Femi’s band and is an explicitly political album; while For(e)ward is a solo affair and speaks to empathy and mental health. The twin albums can be listened to separately, but together they work as an exhilarating musical dialogue between three generations of Nigerian musicians.

Melbourne singer-songwriter Sarah Mary Chadwick sings with a vulnerability and bravery that makes most other musicians seem meek by comparison. Recorded in the wake of a breakup and an attempt of her own life, Me & Ennui are Friends, Baby is a collection of piano ballads that speak frankly on depression and anxiety. Chadwick lets her voice warble and break on the record as she sings intimately of previous relationships, but don’t think this is simply an artless confession: Chadwick experiments with recording and playing piano, letting chords hang in reverb till they approach ambient music, similar to Liz Harris’ Grouper albums. A stark and moving record from a important Australian musician.

Let the people know that the obituaries for folktronica were premature: with her sophomore album Herald, Sydney musician Gerogia Sallybanks (aka Odette) has resurrected this subgenre of 1990s and 2000s British electronic music. Drawing influence from Four Tet and Caribou and sounding like a pop version of Björk’s Vespertine, Sallybanks’ old school voice rises above deft arrangements of woodwinds, strings, and electronic beats. At its best, like on ‘Trial by Fire’, the combination of minimalist electronica and classical samples is thrilling and beautiful.