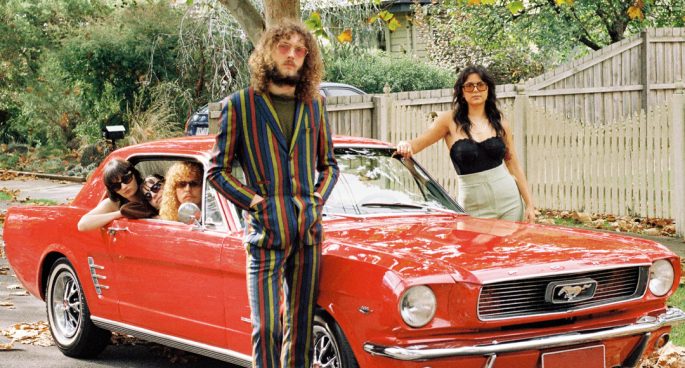 Australia is filled with amazing artists, and going onto rotation this week on 2SER is some excellent new music from around the country. Firstly, the debut album from Arnhem Land’s King Stringray has finally dropped, and it’s our Feature Album all this week. Continuing to their form, it’s filled with scorching, exuberant and raw surf- rock sung in Yolngu and English, with harmonically powerful riffs and a frenetic energy that spills over in waves across the whole release. As well, the oddball jangly concept album from Hobart’s 208L Containers is loosely based the 90s Australian media episode in which Tv personality Andrew Denton attempted to crowdfund money to hire a bounty hunter to find disgraced businessman Christopher Skase. A night at the Mirage is strange but also great, with select tunes on the 2SER airwaves.

Tapping into the strange and wonderful as well is the latest from local hero Richard Cartwright, Daisy Lion is a beautiful psych pop album that explores darkness and light as well as playful sonic experimentation. Keeping it in Sydney, the third album from  The Three Seas is a feast of fusion jazz, funk and electronica, taking in elements of Bengali and Himalayan folk with modern dub-production techniques.

Further afield (Cleveland, Ohio to be exact). The debut album from Kyle Kidd is a fantastic one. Soothsayer is a combination of powerful vocals, with production steeped in the soul, rnb and disco culture of the American midwest. There are some truly excellent tunes off this (check out Scars Alight for one), and we’re thrilled to have it playing across the day. Going a bit east, NYC-based dance experimentalist Jennifer Vanilla (alias of Rebecca Kauffman and Brian Abelson) is a playfully oddball album that cuts across 90s dance music, no wave, post-punk, art pop, new age and experimental R&B.

Back home again – every single added this week on 107.3fm is from Australian artists, including explosive electronica from Achingdrum, new wave sounds from Simona Castricum, soaring indie-rock from Alannah Russack, clinical library funk from Surprise Chef, the self-released and brilliant debut single from The Night Packers , garage burners from Sunfruits and much more.