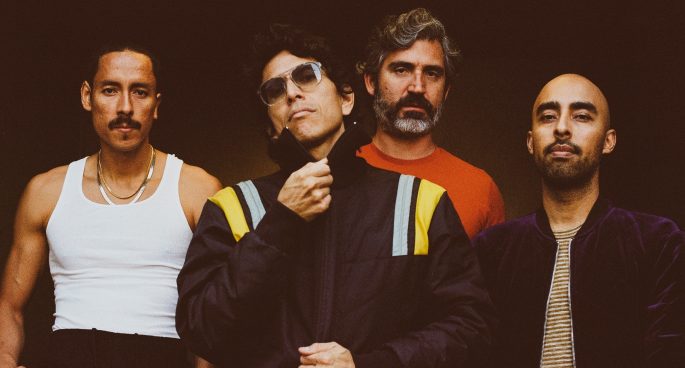 The Latino psychedelic soul group Chicano Batman return with their fourth record, Invisible People. Written in response to Trump’s US-Mexico border policy, the Los Angeles quartet dedicate their latest record to the ‘invisible’ Mexicans who live and work in America. Blown-out drums combine with prog rock guitars and slapped electric bass to create a sort of mutant, psychedelic funk that recalls the 1990s records of Dr Dre and the Red Hot Chili Peppers. Ditching the ruffled wedding-band suits for sleeker fits and deciding to record the album entirely in English, one might worry the band had ‘Americanised’ themselves in an effort to reach mainstream recognition. Nonetheless, the album is crucially concerned with the struggle of Mexicans living on both sides of the border, and takes direct aim at the US Government: “Invisible people, the truth is we take the blame / Fuck the system, it created so much pain”. Teaming up with producer Leon Michels, a founding member of the Menahan Street Band who worked on The Carters’ 2018 record Everything Is Love, CB’s latest is not only their most accessible and hookiest record yet, but their most potent political statement too.

Lo-fi and fuzzed-out to the maximum, the Sydney quartet plays an indie-rock that recalls the best of the Flying Nun bands or early Superchunk. Like their contemporaries, their new record Nets is concerned with the small embarrassments and anxieties of living and working in Sydney; but the record peaks its head above the competition when songwriter Lani Crooks flexes her talents. On ‘D-Link’, for example, Crooks finds the apocalyptic ecstasy of a pyromaniac to be the perfect metaphor for the feelings of boredom and self-loathing in the suburbs: “I want the worst things / That’s who I am inside / No regrets when you live to see the sky on fire”. Full of wit and knotty melodies, Nets is an indie-rock gem from a promising, up-and coming band.