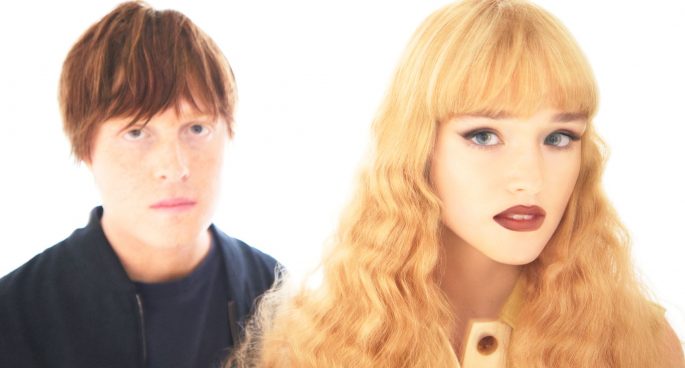 Sampa the Great – As above, so below
Jockstrap – I love you Jennifer B
Marlon Williams – My Boy
Oliver Sim – Hideous Bastard
Scone Cash Players – Brooklyn to Brooklin
Sudan Archives – Natural Brown Prom Queen
The Brights – The wind and other things EP
Unloved – The Pink Album

Dropping this week and on high rotation on 107.3 FM is the much-anticipated second studio album from Sampa the Great. As expected from the prolific artist, it’s an exceptionally produced work that effortlessly combines elements of rap, traditional rhythms and afro-futurist directions in an album that confronts inequality, as well as manifestations of femininity, both contemporary and classical. Featuring collaborations with a cast of big-hitters from the hip hop and african music world, it’s an excellent listen from end to end and the feature all this week on 2SER!

Local rockers The Brights have just dropped their second EP, The Wind and Other Things. Released on cassette and coming in at 10 tracks, one could claim this as an album, and it’s filled with tight jangly indie  and alt-country tracks that shine with sparkly guitar licks, laid-back vocals, and airy synth lines. It’s a standout Sydney release and definitely a band to keep an ear out for.

Next up we have a glimpse of the utterly strange avante-garde pop world of Jockstrap. Their debut album, it melds sweet and present vocals and an almost nursery rhyme surreality and unexpected detours and directions. Arranged in a freeform and contstantly shifting manner, like a high speed jump through different sonic spaces, it’s at times an unsettling listen, yet also a hugely satisfying, one which locks more onto a feeling than a clear narrative. I love you Jennifer B is a futuristic and experimental take on pop and cross-genre experimentation. Keeping in London, we also have the debut solo album from bass player and vocalist of The xx, Oliver Sim. Entitled Hideous Bastard, it’s a heart on sleeve album where a minimalist pop sound combines with an exploration of fear, shame and loneliness. It’s an excellent debut.

On a more traditional direction but no less accomplished, the debut album from Miami’s Scone Cash Players has just dropped on the Penrose label. True to type for a Daptone release, Brooklyn to Brooklin is an authentically recorded feast of organ-led soul and gospel jams that are evocative of house bands of the 1970s. Key songs such as the title track and Anadira shine bright and it’s a fine release.

Also on the daily 2SER rotation this week is the second album from Cincinnati, Ohio-based Brittney Denise Parks, aka Sudan Archives. Powered by electronic rhythms, it’s a sprawling soul/rnb album, taking in race, womanhood and community with unceasing energy and a free-flowing and often jagged feel. Natural Born Prom Queen is a standout follow up to Athena and playing loud on your radio.

It’s the time of the season for some strangness, and the third album from LA avante-garde trio Unloved delivers the goods. The Pink Album is a sprawling opus of shoegazed electronics, druggy effected EBM and chamber pop. Exploring multiple shades of darkness, light and menacing sonic madness. It’s a hell of a trip and worth diving through in full with the lights down low.

All this and much more spinning loud on your 2SER airwaves, head to 107.3FM to check it out!