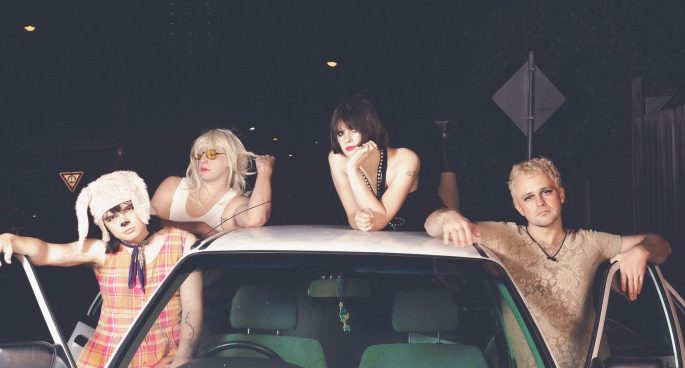 Genre shifting alt-pop is on full display in the feature record for the week on 2SER, the third record album from Melburnians Dorsal Fin’s, Star of the Show. Dreamy vocals from lead singer Ella Thompson are underpinned by bright and bouncy bass lines, along with Glistening vocal harmonies that glide blissfully along the entire record, all fusing together to create an ethereal sound journey that will leave you mesmerised. Also being spun throughout the week on the station will be another Harmonically rich album, this time from Swedish group Hater, who have just released Sincere, an album dripping with the sweet sound of nostalgia, produced by guitar melodies dripping with reverb and vocals that ooze with emotion. Fellow Swedish Artist Many Voices Speak (Matilda Mard) has released her emotionally charged debut solo album Gesture, laden with melancholic tones and an intimate lyrical style that draws you into the world of Matilda Mard. 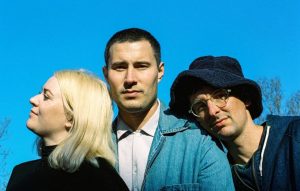 Also broadcasting on the 2ser airwaves this week will be an album brimming with a large dose of delightful soul and funk, the 5th album from San Francisco outfit Monophonics, Sage Motel. The record from 5 piece draws heavy influence from the 70’s golden era of funk and soul while still providing a crispy modern sound. Shifting in mood we have, We’ve been going about this all wrong, the Sixth Studio album from the American singer-songwriter Sharon Van Etten. The record is filled with melancholic anthems that are overwhelmingly human and filled with heart.

Indie pop group War Paints new release Radiate Like This is an album infused with ethereal slow burners that hear lead singer Emily Kokal crooning over an immensely atmospheric bed of swirling guitar melodies and floating backing vocal harmonies. Hear majestic experimental acoustic sounds in the completely self produced Yvves Jarvis’ release The Zug, loaded with pristine melodies and warm instrumentals that showcase a truly unique take on indie folk from the Canadian. On the menu this week is also the debut album from Wet Kiss, the Victorians provide a serving of post punk and new wave experimental sounds that showcase restless vocals which are burnished by strung out and urgent bass lines and guitar riffs that weave in and out the tracks zealously.

Full Power Happy Hour provide another single that’ll be getting a spin this week on the station in, Siblings. The Brisbane group provide a fresh dose of wailing alt rock that makes you wanna stop what you are doing right away and get up for a dance. More locals sound will be heard on rotation from this week, this time coming from post punker’s Johnny Hunter with Dreams. Johnny Marr-esque rolling acoustic guitars permeate throughout the track and build into a climatic chorus that will no doubt have mosh pits singing along.

All this and much more going onto rotation at 2SER from today. Tune in throughout the week to hear.