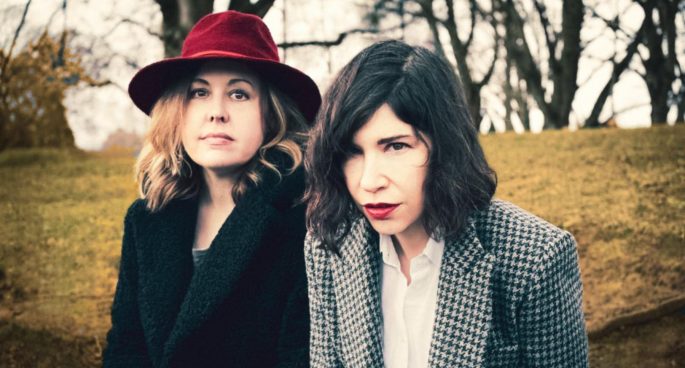 Sleater-Kinney are in a weird space. On 2019’s The Center Won’t Hold, the trio shifted their sound away from angular guitar riffs towards a more stylised synth-rock with the help of St Vincent’s Annie Clark. But before the album was released, longtime drummer Janet Weiss suddenly quit the band, seemingly as a form of protest against the use of a drum machine. Now the remaining duo, Corin Tucker and Carrie Brownstein, are left to reinvent themselves again. The route they’ve taken on Path of Wellness is to go back to the back-and-forth vocals and janky indie rock of their ’90s and ’00s records. This retreat to an older, safer sound is inevitably somewhat deflating, as the correction comes off as an apology for the last record. But the chemistry between Tucker and Brownstein’s guitars and vocals are undeniable and sound as as good as ever.

LA beat producer Mndsgn (Ringgo Anchetta) throws his hat into the break-up album game with Rare Pleasure. Working with a live band, including singer Anna Wise and string arranger Miguel Atwood-Ferguson, this is the most personal and emotional Anchetta has been, with his vocals clear and front-and-centre. So far gone from his instrumental beat tapes, the Rare Pleasure sounds more like a singer-songwriter record, with Anchetta on piano set to dense arrangements of strings, harp, and choirs.

Early press about Los Angeles singer-songwriter Marina Allen’s debut album Candlepower has pigeonholed her as a Carole King/Joni Mitchell pastiche. And while Allen very much wears her ’70s Laurel Canyon influences on her sleeve, with her acoustic guitar balladry sounding straight from that period, the reviews underestimate her. Turn to dissonant horns and strings on album highlight ‘Belong Here’, or the double-tracked spoken word on ‘Believer’, and you hear an artist constantly building and innovating on top of older styles.