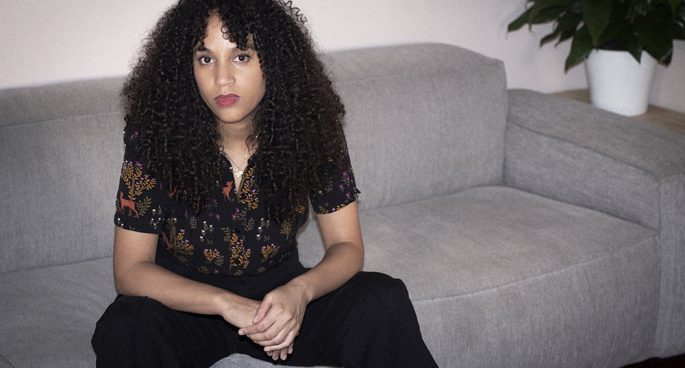 Amongst the new music on the 2SER airwaves this week is the fantastic debut album from Adelaide’s Workhorse, which is a stunning and surreal trip through strange landscapes and dreamlike cinematics. No Photographs was written by singer/songwriter Harriet Fraser-Barbour, who utilised Adelaide’s first lockdown in March 2020 to experiment with creating band music as a solo musician. It’s an incredible first record and feature album this week on the station.

Far away but in a similar vein, is another debut album, this time from Chicago’s Claude. Co-produced with Michael Mac, A lot’s gonna change… is filled with  lush arpeggiated synth pop with tender winding vocals and an open spacious feel and dubby programmed beats. Definitely open top convertible music.

Yet another strong debut is playing from today via Brisbane. Ties is loaded with sweet and introspective RnB and modern soul, carried by warm basslines, tight live drumwork and rich piano-driven melodics that underpin a strong upfront vocal performance from Felivand. Continuing with more long-anticipated firsts, Melbourne’s Grazer have also released  longplayer numero uno, Melancholics Anonymous. Characterised by drifting and spacious indie-rock with a strong 80s Britpop and 90s shoegaze sensibility, guided by the sweet duet vocal-work of Mollie and Matt.

Formerly Sydney, now London-based electronic music producer Mall Grab has just dropped…. his debut album What I breathe. While much of this is firmly focused on festival and club material, there is a lot of range across this one, from UK Garage, Deep House and Bruk sounds, as well as deeper soulful cuts (check out collaboration patience featuring Nia Archives). This is a quality record from one of Australia’s more prominent dance producers in recent years, and playing on your local community radio station.

We’re also playing the kooky spaced out pop jams of Panda Bear and Sonic Boom. While individually veterans (Pete Kember being a member of Spacemen 3 and Noah Lennox of Animal Collective), this is their first dual release, a debut of sorts in fact, and is an excellent one at that, featuring distinctive 60s bent that delves into apollo-era nostalgia, whimsical songwriting and strange sonic backdrops reminiscent of early moog-synthesiser experiments.

As well, we’re featuring new singles from right here in Sydney, including Anicia May‘s latest indie-folk offering Outside, jazz forays from Szun Waves, pulsing diy-rock goodness from Angelo Saxon, dubby disco-pop from Hotel and Prince Matton and much more. There’s also new Cool Sounds, The Murlocs, Pale Blues Eyes and much more, all there for you on the 107.3fm dial.