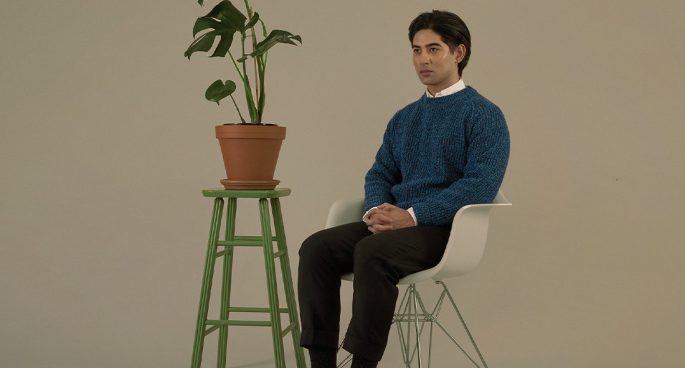 Another week and another dose of incredible music, particularly from our shores. Bark at Night is the recently released debut from Meanjin-based quartet Renovator’s delight, and it’s a wonderful one all the way. Sincerely delivered songwriting carry this, and it flies across a myriad of jangly arrangements fronted by Madeleine Keinonen. Played with a melancholic feeling all the way, it’s a measured yet beautiful record and out now on Little Lunch records.

Before hopping on the plane south, there is another debut album from Meanjin, this time from multi-instrumentalist David Versace. OKRA is high quality jazz funk all the way , perforated with languid and solemn horn solos, organic drumwork and a psychedelic and playful vibe that is cut across with synthesised melodics. Excellent release, particularly as the days become longer.

Right here in Eora, we have another debut, this time from local solo artist Angelo Saxon, Music within my means is a captivating first record,  filled with shiny  bedroom pop sounds and an endearing diy aesthetic  At it’s core it’s just excellent indie-rock  drenched in effects and a wistful sense of melancholy. An awesome release and playing on 2SER rotation from today.

The prolific Geelong-based psych rockers The Murlocs are back as well, with Rapscallion, their sixth album. Lead singles such as Compos Mentis and Virgin Criminal were a great taste of their tense, glam-tinged rock sounds, and the LP is true to from, with constantly shifting arrangements and rough and ready instrumentation. Thickening the plot, it is also a concept album, inspired by Cormac McCarthy’s Blood Meridian and it’s narrative of adventure and youthful exploits.

Sheffield-based trio Pale Blue Eyes are another group that have been teasing with some standout singles that we’ve been loving at the station. Souvenir, their debut, keeps that going with a fine longplayer of reverb-laden and hypnotic indie-rock that has a alot of charm, energy, and a frequently anthemic quality. Keep an ear out for plenty of this from today on 107.3fm.

Also, the hotly anticipated third LP from Aotearoa’s The Beths. The title being a metaphor for breaking up with a longterm partner, Expert in a dying field is a poetic reflection on love and loss, as well as
being an expertly recorded and arranged pop-rock album, and imbued with a wistful melancholy and bittersweet feel amidst it’s frequently soaring sounds. Eminently easy to listen to.

Staying across the Tasman for a moment, there is some classy soul sounds coming out of Wellington via Arjuna Oakes & Serebii. Entitled Flavour, it features butter smooth vocals and production with subtle keys.

As well, Babehoven continue their languid and rolling shoegaze sounds with  Stand it. (with an upcoming album in November). This week also sees the welcome return of Blood Orange (aka Devonte Hynes) with the London-born, NYC-based artists first music since 2019. A firm favourite here is Ngunnawal-based electronic producer Simon Sebastien, . His latest, Umbra has a squelchy and almost proto-boogie feel and a fine addition to his growing repertoire of retro-infused synth dance singles.

And keeping it local, the taught and pulsing punk of R.M.F.C carry on with Air-conditioning, both a cover of a 1981 track by UK outfit “The Lillettes”, and the b-side to the Access 45 released on Anti records.

All this and much more on your friendly local 107.3FM dial.