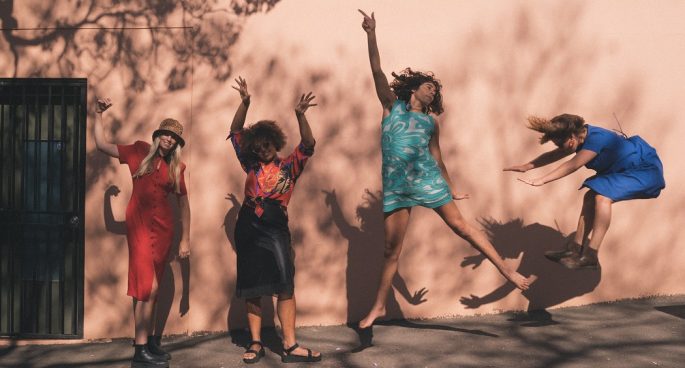 SINGLES:
Aldous Harding – Old Peel
Dominic Breen – Under Your Sorrow
JAZZPARTY – Nobody Gets Away
Snowy Band – Living With Myself
Sweet Nobody – Not a Good Judge
Yves Tumor – Jackie

The Byron Bay surf rock scene, with its pop-songs about good vibes at the beach, is full of acts which are frankly interchangeable. The Oogars, though, with their ambitious debut EP Waiting All Day, stand out from the pack already. Opener ‘Girl in the Mirror’ sets the tone: desert rock riffs, changing tempos, and psychedelic breakdowns, the song feels like a mini-epic at five and a half minutes. An upcoming band to watch.

Folamour (Bruno Boumendil) works in the shadow of 2000s French House acts Daft Punk and Justice, but the French-born, London-based house producer is smart to also carve out his own unique sound. The signatures of that country’s dance music scene – the filtered strings, the ’70s samples, and 4/4 beats – are all here, but Boumendil’s songs operate in a relatively minor key compared to the typical euphoria of house. Opener ‘Ono Waterfall’ sets the tone: with its gloomy piano chords sounding straight from a James Blake record, there’s an unexpected melancholy to Boumendil’s tracks that make them all the richer.

Minneapolis experimental pop musician Rachel Lime has taken out all the tool from her kitbag for her debut album, A.U. ‘80s lounge music, avant-garde R&B, disco, and ambient sound recordings from the Voyager Golden Record coalesce into a pastiche of otherworldly pop music, feeling very much a piece with Kate NV’s Room for the Moon and Japanese Breakfast’s Jubliee. A confident and intelligent debut from a new American musician.