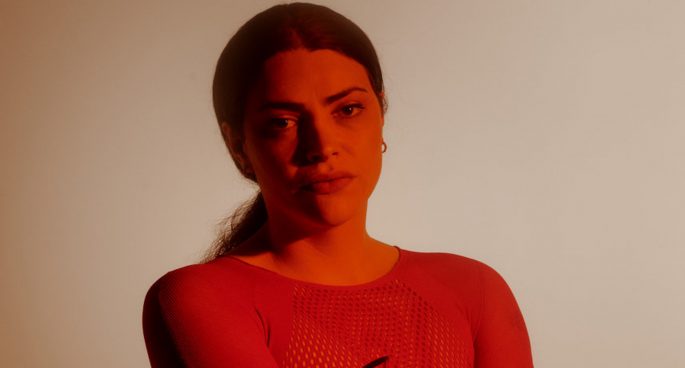 From the opening notes of her latest album Leafcutter, it’s clear that Melbourne musician June Jones has been spending her time between albums building and expanding her sound. Whereas her 2019 debut Diana was a more stripped-down affair focusing on her voice and piano, Jones experiments here with the sounds of modern pop – including warped synths and trap drums – that make for such a thrilling listen, especially when coupled with her frank lyrics and powerful voice.

Describing Manchester trio Virginia Wing’s latest album Private LIFE in words makes it sound like a mess: taking their cues from artists as diverse as The Human League, The Neptunes, and Alice Coltrane, the band explores problems of identity and consumerism for women in the 21st century. Such a mix of sounds, ideas, and ambition might become a turgid dirge in different hands, but the group make sure to keep it fun and light: on album highlight “Moon Turn Tides”, saxophone lines twist over whistles and and something that sounds like a bassoon, as lead singer Alice Merida Richards speak-sings modern anxieties to the listener. It’s a lot at once, but that’s what makes it so much fun.

The omnichord is an ignored and forgotten instrument: it could often be found on the stages of 2000s indie-rock groups, but it was only ever there to augment and complement the already existing arrangements of guitar, bass, and drums. But on Los Angeles singer-songwriter Lael Neale’s latest album Acquainted with Night, the ominichord finally gets its moment in the spotlight. With just the electronic harp by her side, Neale mines LA’s history and myths of fame, glamour, and tragedy on this nostalgic and tape hiss-drenched sunshine pop album that takes it inspiration as much from Lana Del Rey as it does from old Judy Garland records.