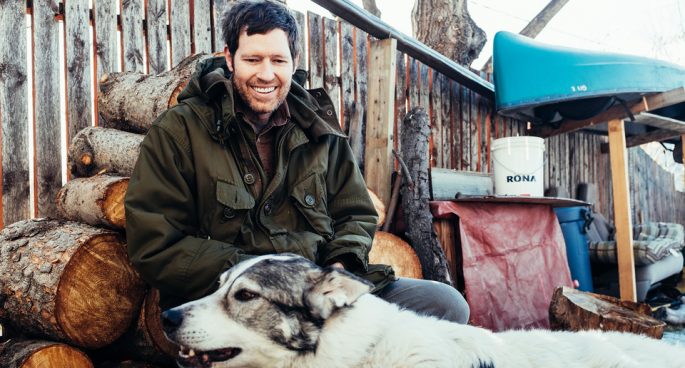 Between growing carrots, broccoli, and tomatoes in lockdown, the Canadian weird-pop musician Chad VanGaalen found the time write, record, and release his  newest album World’s Most Stressed Out Gardener. As expected with his music, there’s a chaotic energy to the work: jumping between indie-pop songs to electronic ambient moods to flute pieces, you can hear the ideas jumping around VanGaalen, but the album itself never feels overfull or scattershot. Rather, Gardener is a psychedelic and adventurous work that floats along at its own pace.

Those familiar with the Canberra-based musician’ John Sharkey III’s work with Philadelphia punk band Clockcleaner may be initially taken aback by his debut solo album Shoot the Cameras Out: often just featuring his voice and a guitar, the album is a more quiet and plaintive acoustic rock album. But there is still a real darkness that runs throughout the album, as images of death and surveillance recur in lyrics, reflecting the fact that the album was written during the 2019-20 bushfires.

A bit like Sharkey above, Brisbane musician Alex Campbell made her name in punk bands Gunk and Bad Bangers before beginning the indie-country group Full Power Happy Hour. Their self-titled debut takes its cues as much from Nashville country as it does from jangle pop groups like The Smiths and The Byrds: tricky electric guitar riffs echo through the songs as Campbell and her backing band harmonise together. A joyful and intelligent record from a new voice in Australian music.