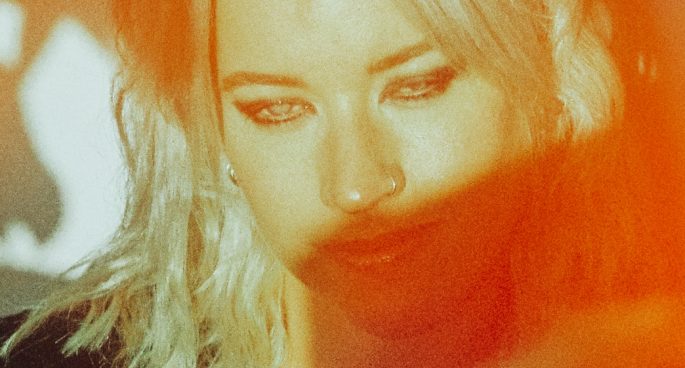 Body Type – Everything is dangerous but nothing is surprising FEATURE ALBUM
Annie Hamilton – the future is here but it feels kinda like the past
Anomalie – Galerie
Arms and sleepers – Former Kingdoms
B.Bravo – Visionz
Ebi Soda – Honk if you’re sad
Glass Picture – The Glass Picture EP
Mavis Staples and Levon Helm – Carry me home
The Smile – A light for attracting attention

The 2SER Feature album this week is the new one from local four-piece Body Type. Leadup singles to this such as Sex and Rage and Buoyancy were firm favourites for us and gave alot of anticipation for what the album would be. So we weren’t surprsied that Everything is dangerous but nothing is surprising delivers in a big way. It’s a sharp and fiery indie/punk album with a wide range of stylistic variations. Driven by persistent rolling bass, catchy guitar hooks and laconic vocals, the energy and especially tension pervade right through and this is a fine debut from a really exciting local group.

Going north, we’re also excited by the sophomore album from Brisbane’s Annie Hamilton. Co-produced by Methyl Ethyl’s Jake Webb, The future is here but it feels kinda like the past is laden with captivating and hazy synthetic pop music exploring a wide array of rich and textured production, guided by the highly evocative vocals of Annie Hamilton.

Also on high rotation on 2SER is the debut from mini-supergroup The Smile, A light for attracting attention. Featuring Radiohead’s Thom Yorke and Jonny Greenwood as well as Sons of Kemet’s Tom Skinner, it’s likely to be a favourite of fans of both. It’s a diverse LP taking in a haunting sonic template that will be familiar to fans of Thom Yorke, frequently peppered with a deeper funkier backing. As you’d expect their music was already a fully formed sound and this is a beautiful LP, out now on Remote Control.

Also lighting up the daily playlist from the UK today is the sophomore album from Brighton-based quintet Ebi Soda, Honk if you’re sad.
It’s a hard jamming and dynamic electronic jazz album guided by experimentation, superb musicianship and bright synth laden sounds, and is out now Tru Thoughts.

Both now in their 80s, Mavis Staples and Levon Helm both have a storied career and originally collaborated on the soundtrack of the 1978 Martin Scorsese film ’ The Last Waltz”.They’ve been firm friends since and originally a live album in 2011 and it’s being released now. “Carry me home” is a as you’d expect a highly memorable outing into soul, blues and gospel music, with a big band feel, and you can hear select tracks off it on the station, or check out the full album yourself. It’s out now on Anti-records on vinyl and digital.

Also proudly spinning are some superb local and Australian indie rock on high rotation from the likes of LipGloss, Black Turtles, Workhorse and Dream Lane. J-Pop stars Chai‘s latest “Surprise” is a taste of what to expect when they visit Sydney in June. Tight afrobeat influenced jazz from Adelaide’s Shaolin Afronauts as well as supreme loungey beatmaking from Lipphead, entited “The Squirrel from Ipanema“. Do they sample Joao Gilberto? Tune into 107.3FM to find out.