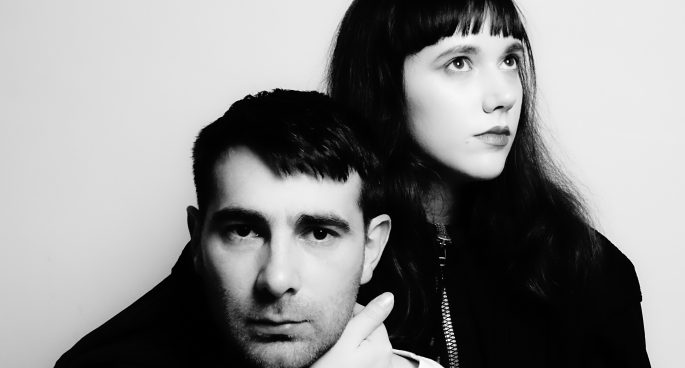 The weather warming up and we have some amazing new music to share this week.

Upfront is the debut album from Jockstrap, the London duo made up producer Taylor Skye and Georgia Ellery (of Black Country, New Road). I love you Jennifer B  a collection of strange avante-garde pop fusion, that melds sweet and present vocals with an almost nursery rhyme surreality into unexpected detours and directions. It’s beautiful madness, a dizzying and at times unsettling listen, but also a hugely satisfying one which locks more onto a feeling than a clear narrative. An amazingly produced, futuristic and excellent take on pop and cross-genre experimentation and playing on high rotation this week on 2SER.

Another artist pushing the boundaries of pop music is Philadelphia native Alex G, whose revealing and genuine songwriting are the centrepiece of his latest LP, Someone save the animals, while his characteristically prolific, genre-hopping ranges across rock, electronica, soul and much more constantly interwoven with a cinematic quality and often eerie tone shifts.

Always hotly anticipated, the collaborative album between Texan psychedelic funk trio Khruangbin and celebrated Malian guitarist Vieux Farka Touré is out today. The  album title , Ali, s a tribute to Ali Farka Toure (Vieux’s Father), who is a legendary Malian guitarist who passed away in 2006 – often referred to as the “Hendrix of the Sahara”. It features masterful psychedelic jazz -funk with a strong influence of multilayered Western African styles, and is a heavy-hitting musical trip, experimental yet familiar, endlessly evocative and in the zone, and flawlessly produced.

Morgan Geist and Kelley Polar  have reunited for their self-titled debut album as Au Suisse. It’s a typically excellent release from the pair of sophisticated groove-driven dance music. Fans of Metro Area will be familiar with their minimalist disco style, that draws a line between pop, house music and 80s new romantic references (with lots of gated drums), and much of the vocal work here really shines on tracks such as Shine and GC. Lighting up just as much is the latest record from Naarm-based artist June Jones, with Pop music for normal women, their third album. Highly regarded as a live performer, Jones lays it down here with striking electronic-laced sounds  that are lyrically melancholic, exploring themes of lived heartbreak, alienation and self-acceptance, as well as video game metaphors.

Keeping it electronic, the latest from Gabe Gurnsey is here and laden with pulsing, motorised rhythms on Diablo. A heady late night club vibe characterise this excellent stripped back dance record. At turns dark and druggy, the pumping synthesised funk and effortlessly building track arrangements really make this excel, along with strong vocal presence throughout.

Closer to home, the second album from independent Meanjin trio Double Happiness, Roadhouse is a fantastic serving of smoky surf rock. Key tracks such as “Dingo” and “Drive-in give a sense of the effortless range here, as reverb-drenched aesthetics and a 70s nostalgia mix sometimes brooding menace over it’s filmlike storytelling. An excellent album.

Also on high rotation on the station is Me and you, the third album from Naarm’s BigScary, aka  Jo Syme and Tom Iansek. It’s an excellent album, loaded with sincere and dreamlike pop sounds that merge acoustic and synthesised elements with emotive lyrics.

We’ve also got some  new singles to hear this week, including the tearing post punk sounds from Delivery –  who have just dropped Baader Menhof, named after a left wing activist group from 70s West Germany.

A real favourite here is the new EP from cherished Brisbane quarter, Girl & Girl, whose Rollicking uptempo blues-inflected rock come on strong, particularly on key tracks such as Strangers. Fun fact: This was the first record to be pressed at new Brisbane record plant – Suitcase Records (the first plant to operate there in 40 years).

Also playing is new music from  revered electronic producer U-Ziq, featuring a jungle vibe, with intricately programmed and hard hitting beats, vocal samples and classical keys interwoven. Also known as Mike Paradinas, he’s had a prolific year, including new albums as well as a host of hard to find early recording from his long career, so great to hear more sounds from him.