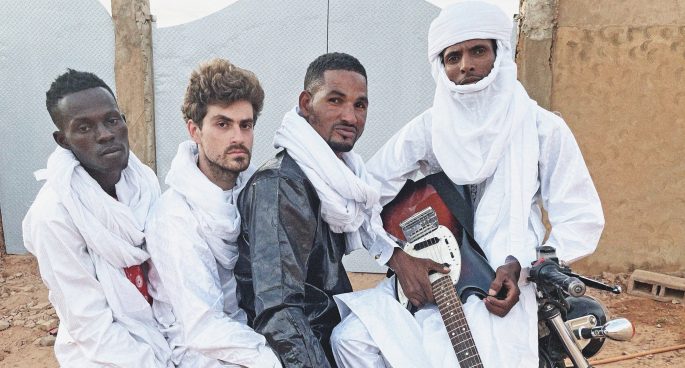 SINGLES:
Martha Wainwright – Love Will Be Reborn
Ngaiire – Closer
Shannon & The Clams – Midnight Wine
Sharon Van Etten & Angel Olsen – Like I Used To
Sonny & The Sunsets – Ring My Bell
Tex Perkins & The Fat Rubber Band – Everything I Do Gonna Be Funky

Mdou Moctar is a bond fide guitar hero. The Tuareg guitarist’s latest album Afrique Victime sounds like if the Grateful Dead had been into takamba music: folk songs and new compositions are drawn out into long, psychedelic rock jams that settle into hypnotic grooves between his backing band. But the star of the record is Moctar himself, whose guitar sounds out of this world.\

Sydney singer-songwriter Martha Marlow’s debut, Medicine Man, has been a long time coming. Delayed five years after being diagnosed with an autoimmune disease, her debut has the confidence of someone who has been working on these songs about illness, friendship, and growing up for quite a while. Her songs are stately and formal, but never feel weighed down – rather, there’s a lightness and wit to her pop melodies and string arrangements that recall Joni Mitchell’s Song to a Seagull and Laura Marling’s recent Song for Our Daughter. One of the best Australian debuts of the years so far.

Listening to Scatterbrain, the latest album from cult Dunedin band The Chills, is a bit like picking up a pulp sci-fi novel from a second-hand bookstore. UFOs, black holes, and ancient monoliths run throughout the record, and you’re never quite sure how seriously you’re meant to take frontman Martin Phillipps’ lyrics about forgotten wisdom and conspiracy theories. But any lyrical awkwardness is forgotten as soon as the xylophone hits on opener ‘Monolith’, and you know you’re in the hands of an indie-pop master.