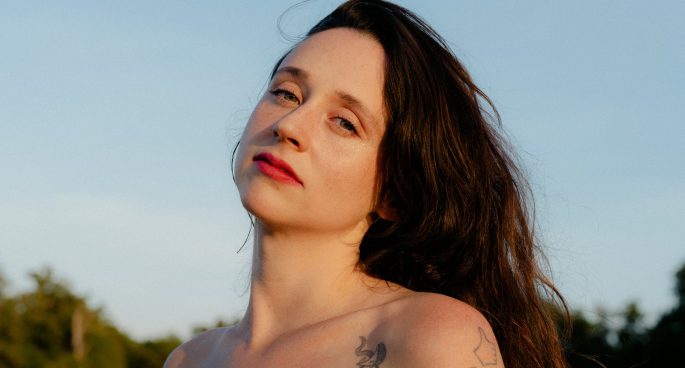 After the grungy breakdown of 2017’s break-up album ‘Out in the Storm’, singer-songwriter Katie Crutchfield strips away her early riot grrrl influences for a transformative Americana record about returning home and falling in love. With her Lucinda Williams devotion firmly on her sleeve, ‘Saint Cloud’ sands away whatever artifice remained upon the already-confessional singer for a deeply vulnerable and open batch of songs. Gone are the distorted guitars and rattling drums, but the passion long remains as Crutchfield sings of love as a blooming force that threatens to consume everything in its wake: ‘I’ll show you, I’ll fill up the room / I’ll devastate you, it’s true’. Quietly devastating and brimming with a new-found confidence, ‘Saint Cloud’ is Crutchfield’s masterpiece.

Cayn Borthwick doesn’t just play the saxophone – he squelches and squeezes it, he huffs and snorts it. The Melbourne composer  has broken away from his group NO ZU for his debut solo album ‘Big City Whispers’ – a dayglo mutant-funk record that sounds like someone dropped a ’80s soundtrack into a vat of nuclear waste. Saxophone solos that staddle the line between cheesy and avant-garde drift over reverbed electronic drums; soft synth melodies that sound ripped from Windows 98 are accompanied by Borthwick’s off-kilter singing. The result is a exhilarating experience: a seductive dance record that keeps you on your toes.