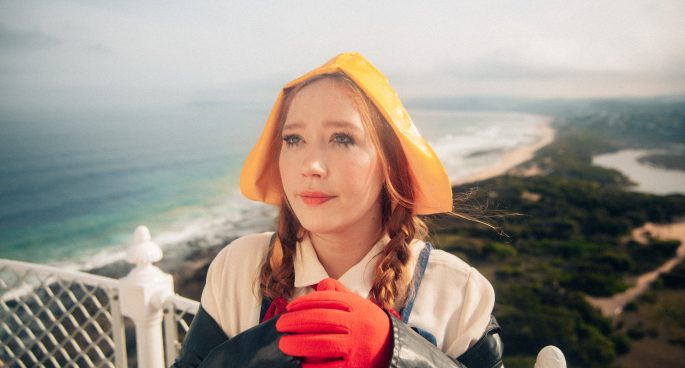 Another big week for amazing music released within Sydney and Australia. First up is the third LP (and our 2SER Feature Album this week) Pre Pleasure by Julia Jacklin. Her third album, it’s often cinematic and haunting, with subtle orchestral undertones that gel with poetic songwriting and her distinct and melancholic delivery. It’s a record that ebbs and swells with feeling all the way and playing on high rotation all this week on 107.3FM

Conveying just as much heart and soul is the eighth album from Brisbane’s alt-country stalwarts, Halfway. Written in Darwin and recorded in Brisbane by producer Malcolm Burn, It’s a melodically rich take on guitar-led Americana that works tender and intimate ballads along with with upbeat sweeping folk-rock. Entitled On the Ghostline, with hands of Lighting, there is much range across this highly accomplished album and essential listening.

Halfway will be touring the LP soon, including a stop in Sydney, and keep an ear out for an upcoming guest appearance on 2SER’s The Outpost with Vinny Ramone.

Staying in the sunshine state, the latest from Full Flower Moon Band is an excellent mess of fuzzy and druggy jams . Diesel Forever is their second, and filled with constant tension,  it gets into some fantastic sweet spots with sharp guitar work cutting across low and prowling post-punk grooves.An excellent record and just dropped.

Two thousand kilometres south and we have the squelchy and electric debut from Melbourne trio 100%. Operating at maximum capacity, this is an excellent trip through the rawer end of synth-pop and cold-wave sounds, with pulsing layers of diy electronics, robotic rhythms and the vocals of Lena Molnar. Fans of Holy Balm and SRSQ will feel this, and it’s another fine release on IT records and spinning across the day on 2SER.

Daptone records subsidiary Penrose records just dropped the self-titled debut from southern californian trio Thee Sacred Souls. It’s a lovely deep and crooning soul album on the classic 70s tip, with typically lush and era-authentic production, with echoes of Marvin Gaye and the Temptations throughout. Definitely one for the lovers out there, light some scented candles.

Back locally, Kyoshi just dropped a new single, Conduit, and it’s a superb soul and jazz crossover from the Sydney group, fronted by Leah Wlilke.

Melbourne’s BATTS just gave a new taste of their upcoming album on Mistletone with All I need, a lush and spacious indie-pop tune that is out now and on our daily playlist.

There’s plenty more, check out the list at the top or even better, tune into 2SER to hear!