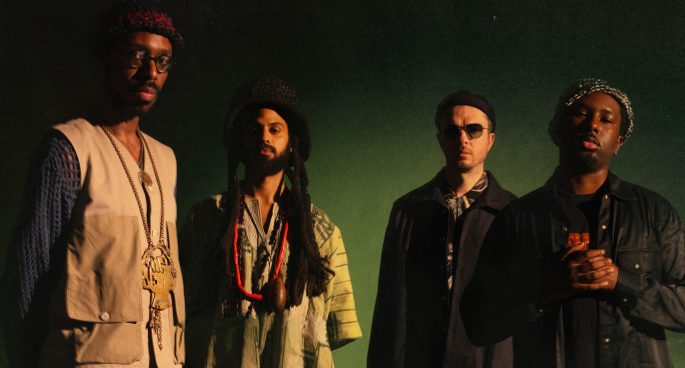 London jazz quartet Sons of Kemet have been at both the centre and forefront of their city’s jazz scene for the last few years, with the interplay between saxophonist Shabaka Hutchings and tubist Theon Cross over dual drummers defining the city’s sound. Their latest, Black to the Future, is a militant and powerful political album that engages with Britain’s black history and Black Lives Matter protests, and wields the righteous fury of a Public Enemy record.

Nagoya pop-rock group CHAI’s latest album WINK is incredible. There are enough ideas here that could fill an entire artist’s discography – Madonna-esque disco, ‘80s Def Jam hip-hop records, Super Nintendo 8-bit soundtracks, and sugar sweet J-Pop can be found in here – but CHAI have enough confidence to keep to jump to the next idea and not look back. One of the more exciting and inventive pop albums of the year.

This album shouldn’t work. Seeking New Gods, the new solo album from Super Furry Animals frontman Gruff Rhys, is about the emotional life of Mount Paektu, an ancient volcano on the China-North Korea border, and there is barely a wink of irony or sarcasm in it. But within the oddball premise, there’s an aching beauty in Rhys’ lyrics and melodies that evoke the best piano pop-rock of Elton John and ’90s Britpop. Making music for more than thirty years, Rhys is still one of the more adventurous songwriters in indie rock.