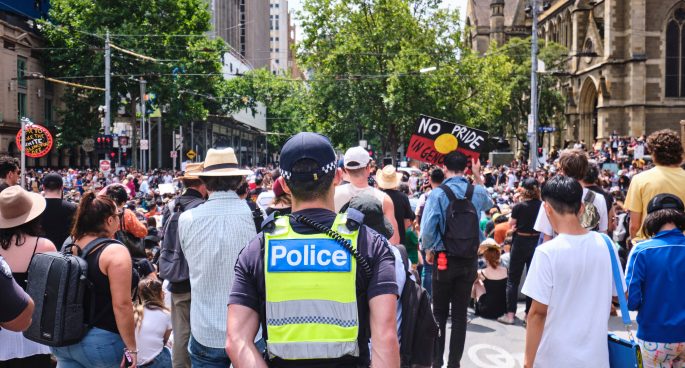 There’s a lot of pretty intense stuff going on in world, and in early June, Coronavirus has been shifted into second place on a lot of the list of priorities and global concern.
Protests in the US over the death of George Floyd at the hands of a police officer informed similar protests and gatherings around the world.
Sydney’s rally on the 6th of June was met with intended resistance from the NSW police. The rally was highly fuelled by the police assault of an indigenous teen in Surry Hill’s the week previous.

It seems very pressing that society reflects and looks to reform how race and cultural sensitivities influence law enforcement. “Our Law” addresses this, looking at the first indigenous run police station in WA.
Joining Daily was Director Cornel Ozies to discuss.