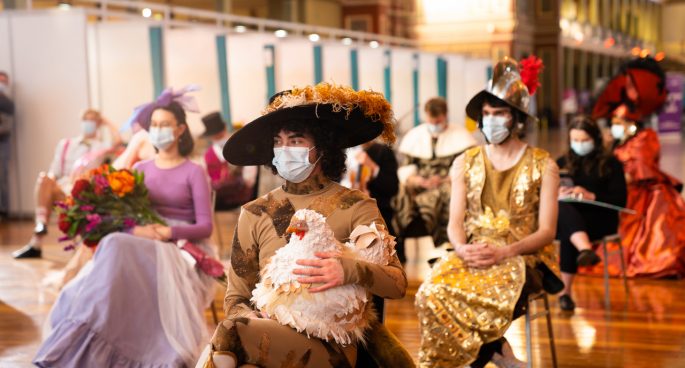 Australia’s federal vaccine ad campaign has been largely criticised for its focus on scare tactics and fear. With more than half of the nation in lockdown, and increasing scepticism about the vaccine rollout — the Melbourne Symphony Orchestra sought to create an ad with a fresh, more hopeful approach.

Their two-minute campaign, ‘Performance of a Lifetime’, features a kaleidoscope of colour, sound, and opulence, as artists urge Australians to “play their part” and get vaccinated to keep our community safe. It features a star-studded line-up of Melbourne-based performers such as Tim Minchin, Deborah Cheetham, and Meow Meow, alongside artists from The Australian Ballet, MSO, and the Melbourne Theatre Company.

The ad, released on Monday, has been shared widely on social media, already been translated into various languages, and is currently trending on YouTube. 2SER Breakfast Host Willy Russo spoke with Emma Muir-Smith, who wrote and directed the campaign.