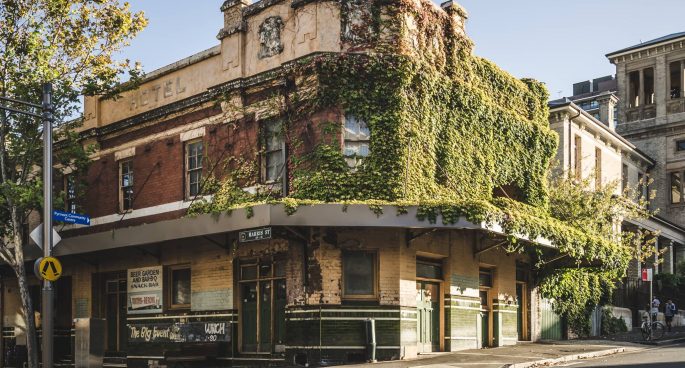 Yesterday, one of Sydney’s oldest and most intriguing pubs was officially reopened to the public, thirty-four long years since the last beer was poured.

In the 1990s and early 2000s the suburb of Pyrmont was rapidly transforming from a working class industrial estate to a gentrified inner city hub of apartments and offices. As the peninsula changed, the old Terminus Hotel on Harris Street sat idle in the middle of it all, growing a thick coat of green ivy.

Now, two years after it was sold, the Terminus – which was first licensed way back in 1841 – is open once again, complete with accommodation, dining, a courtyard, a cocktail lounge and a lovingly-restored public bar.  General Manager Belinda Clarke chatted to Nic about the pub’s gritty history, the two-year restoration journey and the overwhelming response the team has received from the local community.

Best of all, the Terminus team will encourage the regrowth of the famous ivy across the pub’s north-facing facade.