‘Ready Player One’ – Better Than the Book? 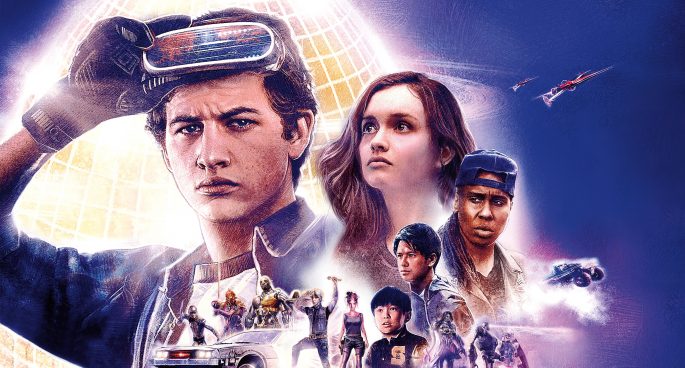 It is a truth universally acknowledged that a novel in possession of a good plot, must be in want of a second rate movie adaptation. Or is it?

‘Better Than the Book?’ sees Andrew Pople and Kevin Suarez go head to head on the question that vexes lovers of literature everywhere – Can the movie ever be better? Seeing your favourite book turned into a film is among the most traumatic experiences a book-lover can have. But as streaming services change the game for lovers of long form storytelling and cinematic auteurs step up to the plate to meet the challenge we’re seeing more and more challenging visual storytelling.

To start us off on our celluloid journey we’ve picked a novel that was a New York Times bestseller and has recently hit the big screen courtesy of directing legend Steven Spielberg. Ready Player One is the debut novel from Ernest Cline. The story takes to the near future and an America that is all but discarded wasteland. The planet’s population spends most of its time in the OASIS, a supercharged simulation that covers the entirety of nerd culture and a little bit more.

Enter Wade Watts; gamer, cinefile and all round 80’s nostalgia geek. Life is pretty chill for Wade until OASIS creator James Halliday dies and sends the entire population on a quest to find an Easter Egg that will grant the winner control of the whole simulation. Wade Watts becomes a ‘gunter’ (or egg-hunter) and embarks on a mission to find Halliday’s egg and beat out the evil corporation IOI, who seek to control the OASIS for evil corporation reasons.

The release of Ready Player One shot Ernest Cline to the heights of geek stardom, but the book is bogged down by exposition and suffers from some problematic characterisations. Spielberg’s film has the visual chops, but can it match the depth and style of Cline’s 80’s inspired retro-spect?

‘Better Than the Book?’ is produced and presented by Andrew Pople

Want more ‘Better Than the Book?’ Go to 2ser.com/tag/better-than-the-book/

‘Ready Player One’ – Better Than the Book?