Recovery in Everything is Recorded 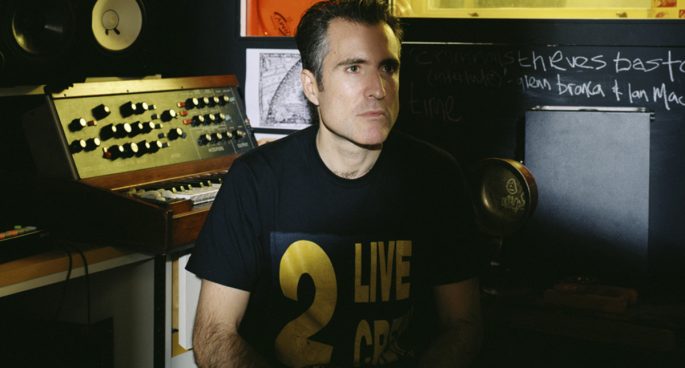 Hello and welcome to 2SER’s new music review! Read on and let us introduce you to some of our favourite discoveries. 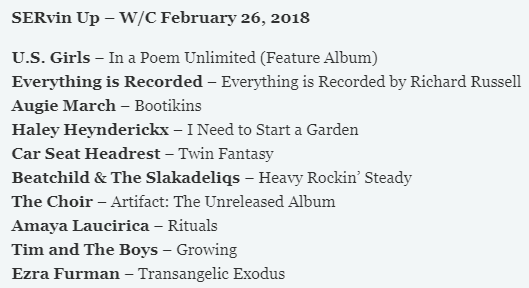 Now imagine being perfectly healthy one day at the helm of a successful independent record label, and then experiencing a full body paralysis and hospitalised the next. That’s the story of Richard Russell from XL Recordings, who in 2013 was diagnosed with the rare autoimmune disorder Guillain-Barré syndrome. Russell is now recovered but the experience was the catalyst of him returning to his Everything is Recorded project, spurred on when Geoff Barrow of Portishead gifted a small synth to help retrain Russell’s synapses and battle the loneliness of being bedridden. The result is a star studded debut album featuring huge collaborations from Sampha, Damon Albarn, Brian Eno, Kamasi Washington and even Peter Gabriel! A colourful blend of house, gospel and hip-hop.

Haley Heynderickx is definitely a name to watch this year. I Need to Start a Garden is a poignant and tender debut born out of spirited musings on life and a struggle for self-actualisation. Heynderickx takes influence from her religious upbringing in Oregon, growing up closely identifying with her Filipino roots, but also straddling multiple cultural identities. Intricate guitar lines backed with sultry and sometimes operatic vocals has got our attention and keeps us coming back for more!

Lastly, let’s take a trip back to the late 60s with The Choir. Hailing from Cleveland, Ohio and originally performing under the Mods, their sound was heavily influenced by The Beatles and other bands from the British Invasion. In their short 5 year tenure, The Choir went through multiple line up and record label changes, and only ever released a handful of singles that later landed on garage-punk compilations like Pebbles and Lenny Kaye’s Nuggets. As it’s title suggests, Artifact: The Unreleased Album is not only being released for the first time now, but the band’s debut LP which was unearthed when US label Omnivore bought the tapes from the small studio where it was recorded and then stored for many years.