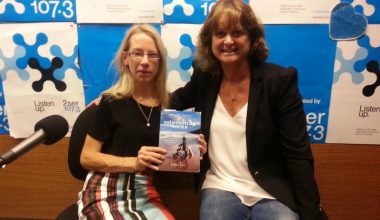 Strokes are one of Australia’s biggest killers and a leading cause of disability across the country.

Recent statistics show that nearly half a million Australians live with the consequences of stroke, and this number is expected to rise to over 700,000 within the next 15 years.

While many think of stroke as a disease of the elderly, the facts show that 130,000 of stroke survivors are under the age of 65.

Emma Gee was an active 24-year-old when she suffered a debilitating stroke. It left her with severe physical and emotional disabilities. Over the last 10 years, she has fought to reclaim her identity and has now written a book, “Reinventing Emma.” She joined 2SER’s Kim Williams in studio to talk about how stroke turned her world upside down. Kim started by asking about Emma’s life before the stroke.