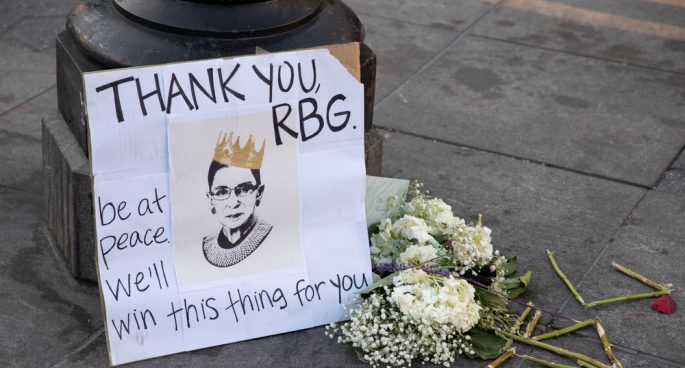 On September 18th 2020 at the age of 87 Supreme Court Justice Ruth Bader Ginsburg passed away inside her apartment at the Watergate Complex from complications relating to her cancer treatment. Ginsburg death sent shockwaves throughout the US and the world. Ginsburg was an advocate for gender equality and women’s right. She’s a symbol of liberal politics with some calling her “The Notorious R.B.G.”, which she embraced.

However her death results in the opening of a spot on the Supreme Court which as stated in the US Constitution under Article II Section 2 “He [The President] shall have Power, by and with the Advice and Consent of the Senate, to make Treaties, provided two thirds of the Senators present concur; and he shall nominate, and by and with the Advice and Consent of the Senate, shall appoint Ambassadors, other public Ministers and Consuls, Judges of the supreme Court, and all other Officers of the United States,” This allows President Trump to nominate a third Supreme Court Justice. However in 2016 after the death of Justice Antonin Scalia. The Republican controlled Senate stopped President Obama from filling the spot as they made the argument that the voters should get to decide in the upcoming election. Scalia’s death was in February, nine months away from the election while Ginsburg’s death happened six weeks before an election. Republicans plan to rush through a nominee. This has created backlash especially after Republicans like Lindsey Graham, Chairman of the Judicial committee in 2016 stated: 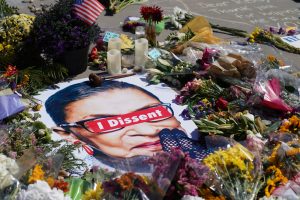 “I want you to use my words against me. If there’s a Republican president in 2016 and a vacancy occurs in the last year of the first term, you can say Lindsey Graham said let’s let the next president, whoever it might be, make that nomination.”

This however was a lie and President Trump plans to nominee Judge Amy Coney Barrett. Amy Coney Barrett serves as a circuit judge on the U.S. Court of Appeals for the Seventh Circuit. She was nominated to this position in 2017. She has a strong conservative background and if she is successfully nominated to the court, the court will become conservative leaning for generations with a 6-3 majority. Stephanie Zuniga-Maher from Democrats Abroad in her US of Ed Special on Ruth Bader Ginsburg states that “Roe v Wade will become imperiled under a conservative majority court.”. Roe v Wade is a decision by the court which protects a pregnant woman’s liberty to choose to have an abortion without excessive government restriction. It struck down many U.S. state and federal abortion laws. If the decision is overturned it will allow states to decide whether to legalise abortions. Elizabeth Dias from the New York Times states that “Some states have “trigger bans” in place that would automatically restrict abortion if Roe were overturned.”. Additionally Ruth Marcus of the Washington Post states in an opinion piece that if Barrett ascends to the Court issues like the right for same sex marriage, the existence of affirmative action programs at colleges and universities, constitutional protections against discrimination based on gender, an issue that Ginsburg made the center of her career will all be at risk. The overturning of any of these decisions will have adverse effects on US society. It is evident that Conservatives in the US wish to return the country to the 1950s. This is evident in President Trump’s numerous tweets about the “Suburban Housewife”. 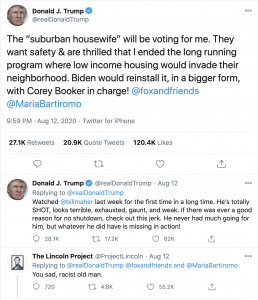 A stereotype which denotes women to staying home while the husband works and supports the family. However it can be noted that there has been a sharp decline in the number of women staying home. In the 60s, less than one-third of married women between the ages of 18-64 worked. Today 70% do. On the other hand there are more married men staying home compared to the 1960s.

Listen to the full US of Ed Special on Ruth Bader Ginsburg here.