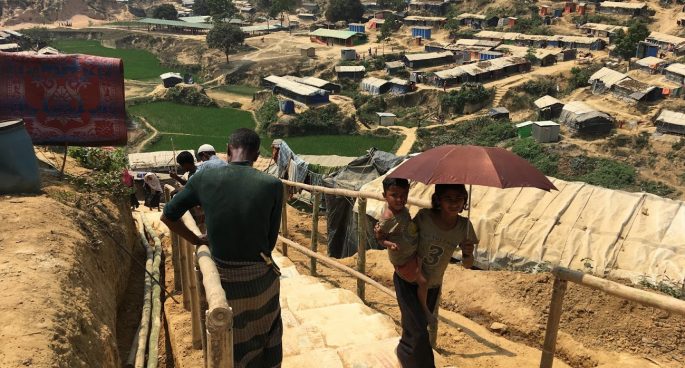 As we speak, hundreds, even thousands of Rohingya refugees are fleeing their homes in Myanmar. An ethical cleansing in Myanmar that even the UN called a genocide has cost lives of many. Up to a million people are currently living in Bangladesh, where they fled.

But the refugee camps are extremely overcrowded and the upcoming monsoon season is causing a lot of worries as the houses won’t resist the brains and the winds and big parts of the camps will become inaccessible.

Our producer Sarka Pechova spoke to Marek Stys, Head of Emergency programs, Relief and Development Department at People In Need (PIN), about the current situation.