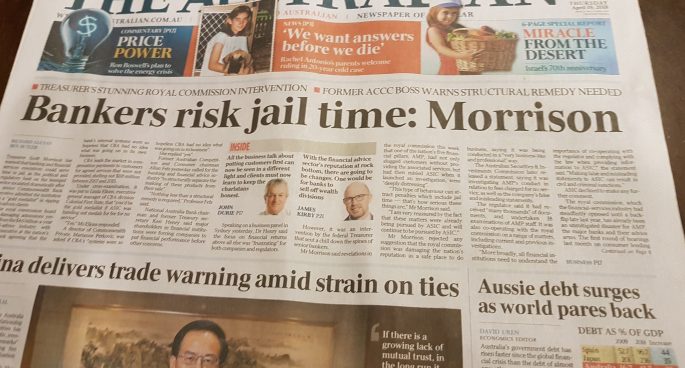 It’s been a tumultuous few weeks for Australian media organisations. On Tuesday former prime minister Kevin Rudd wrote an editorial for the Sydney Morning Herald calling for a Royal Commission into the abuse of media power in Australia, and for an examination of future models for public and private media ownership to preserve press and democratic freedoms.We were joined on 2Ser Breakfast by Peter Fray – Professor of Journalism Practice at the University of Technology, Sydney, and former editor or editor-in-chief of The Sydney Morning Herald, The Sun-Herald, The Canberra Times and The Sunday Age, as well as a former deputy editor for The Australian to discuss whether the ex-PM is right in saying that the media is in crisis, and whether a Royal Commission is the way to fix it.