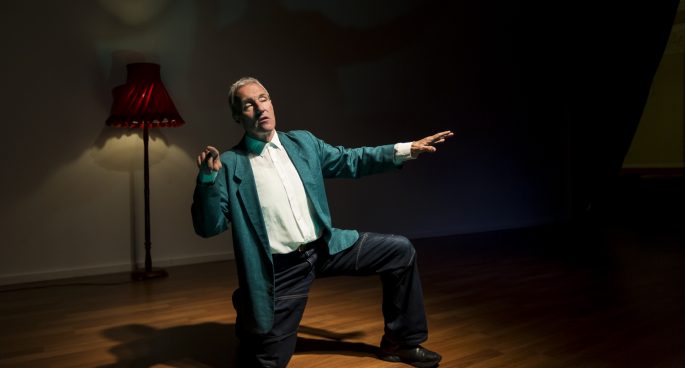 The wonderful Russell Cheek takes Regina through his life tramping the boards!

Russell has a BA Hons, University of Sydney, (German) and also studied French

After graduating theatre-school, the École Jacques Lecoq, Paris – Russell performed with companies in Italy and Germany. He created DOUBLE TAKE co. in Paris, playing one season there, touring Holland, and then to the Sydney and the Adelaide Festivals in Australia.

He became a core member of the great musical-theatrical band The CASTANET CLUB, enjoying ten years national and international acclaim –
(incl. “THE CASTANET CLUB – a movie you can dance to” (directed by Neil Armfield.)

He led a creative lab, then created and guest-directed CIRCUS OZ’s 2003-5 world-touring show.

He appears in the films YOUNG EINSTEIN and RECKLESS KELLY.

In 2014 – he devise-directed “Clockfire Theatre Company’s
‘A HUNGER SUITE’, in Istanbul and then Sydney.

In 2015 he appeared in The Hayes Theatre production of HIGH SOCIETY as Seth Lord with Amy Lehpamer, Virginia Gay, Bobby Fox and Bert Labonte.

He completed initial season of his one-man show in August 2016 at the 505 theatre in Sydney: “WHO AM I….?” Directed by Steve (The Sandman) Abbott.

“WHO AM I…?” was invited to the Adelaide Festival of the Arts, in March 2017. It then played seasons at The Street Theatre, Canberra, and Riverside Theatres, Parramatta.
2018 – “WHO AM I…?” played seasons in Newcastle, Albury-Wodonga and toured country Victoria. 2020 pre-covid played in Coramba, Coffs Harbour.