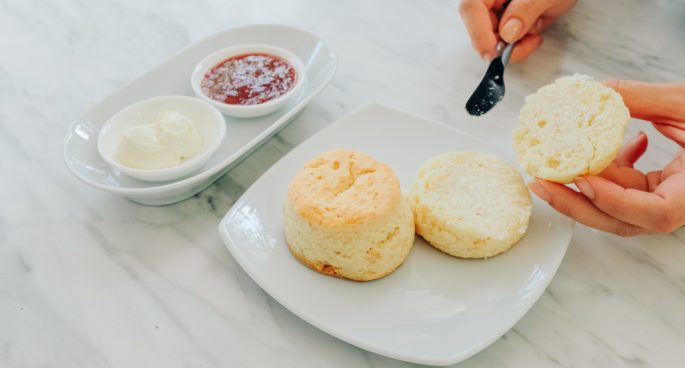 A couple of weeks ago, the Lanhydrock National Trust in south-western England posted a seemingly innocent ad on Facebook for a Mother’s Day afternoon tea.  Within minutes, followers began expressing their disgust at the image in the ad: two scones clearly spread first with cream and topped with jam.

Pretty soon, the hashtag #jamfirst was starting to trend on Twitter.  Whilst most Cornish “scone-oisseurs” insist that scones must be spread with jam first, scone fans from the Devonshire region apparently opt for the #creamfirst approach.  In the following days, the NSW Country Womens Association here in Australia weighed in on the scone-troversy, as did a former staffer to Queen Elizabeth.

Nic was joined by producer Jack for a hot take on Sconegate 2018.

You can try some of the famous CWA scones at the Sydney Royal Easter Show, starting this Friday, March 23rd.