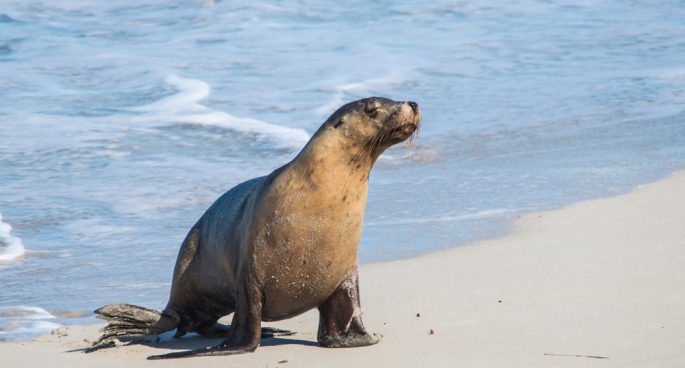 Sealvester became a local celebrity during his time in Sydney, but sadly his health deteriorated, and when the Office of Environment & Heritage, National Parks & Wildlife and veterinarians from Taronga Zoo made the decision to sedate the seal for treatment, unfortunately he didn’t make it through.

For the duration of Sealvester’s Rushcutter’s Bay residency, volunteers from ORRCA – the Organisation for the Rescue and Research of Cetaceans in Australia – were present at the Park in a supporting role, closely monitoring the seal’s welfare.

Nic had a chat to ORRCA President Jacqueline O’Neill about why some seals visit our busy Harbour and how seal populations are fairing in eastern Australian waters.

You can become an ORRCA volunteer – head to orrca.org.au and sign up for their final Sydney training workshop (April 21st) before the Sydney whale season kicks off!