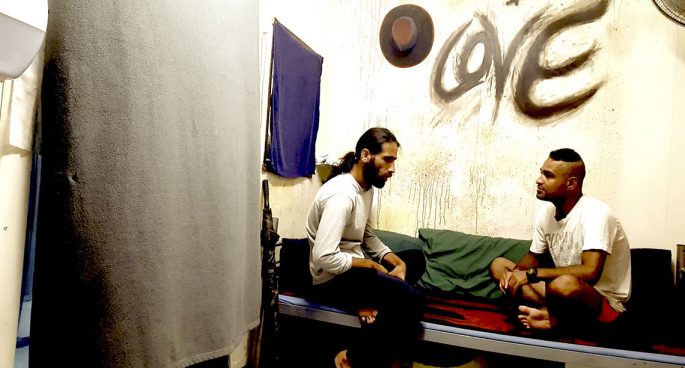 Screening at the Sydney Film Festival is a film shot within the confines of the Manus Island Detention Facility.

Chauka Please Tell Us the Time was shot entirely with a smart phone camera, co-directed by and stars refugees in detention.

2SER’s Chris Evans had an opportunity to speak with co-directors Arash Kamali Sarvestani and Behrouz Boochani about the influence of Iranian film maker Abbas Kiarostami, the intent behind the film and giving voice to those imprisoned.

Their words are translated by Omid Tofighian from Sydney University.