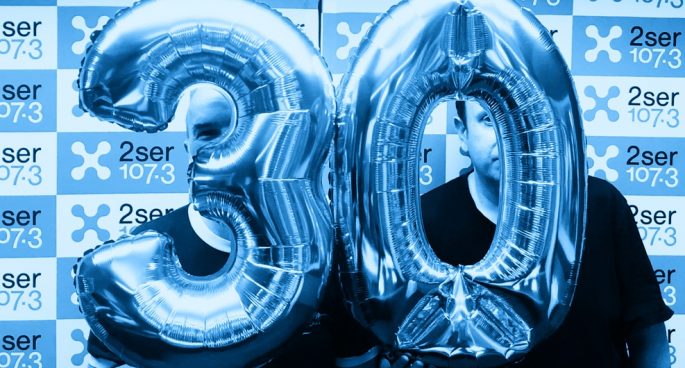 Back in 1992 here on 2SER, a mid-week, mid-afternoon show named Because Mum Said So changed its name to Static, and began to focus on new music and interviews.

Both championing and outliving grunge, Britpop, post-rock, glitch, alt-country, electroclash, garage rock, nu-rave, blog-house, cosmic disco, witch-house, sea-punk and every other micro genre, Static has put to air over 25,000 songs and over 1400 interviews.

As part of 2SER’s 2022 Radiothon, we celebrate 30 years of Static with the pair that know its history best – as the show’s hosts Mick and Berko take you through two hours of songs from across three decades.

They’ve each selected some key cuts and personal favourites that have meant the most to them over the last 30 years.

This week October 13 – it’s Mick’s picks, while Berko will present his on the October 20 editon of Static.