Sulari Gentill’s All The Tears in China 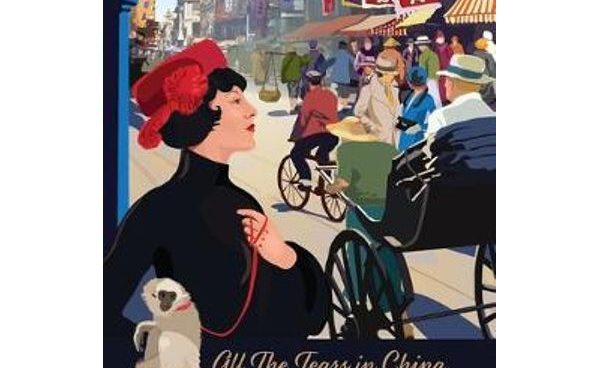 Sulari Gentill is an extraordinary and extraordinarily prolific author from NSW’s Snowy Mountains. She is the award winning author of numerous books that span genres, including the the Rowland Sinclair mysteries which we’ll be discovering today.

When the Rowland Sinclair mystery series began almost ten years years ago with ‘A Few Right Thinking Men’ the reader was transported back to Australia at the turn of the 1930’s. Rowland Sinclair is the playboy youngest son of a grazier with little more care in the world than painting and hanging out with his rebellious friends. Skip forward over the years and eight books and we are in 1935 and Rowland is a world weary but still dapper playboy who has had to solve numerous crimes to hold back the forces of fascism from invading Australia’s shores.

All The Tears in China

Book nine of the Rowland Sinclair mysteries sees Rowland and his Scooby gang of crime fighting artist friends travelling to Shanghai. Ostensibly they are there to represent the Sinclair family’s interests at trade negotiations, but it also helps to get Rowland out of Australia where he is only one step away from being disappeared by the various conservative forces he has crossed.

In 1935 Shanghai Rowland discovers a world larger than he has ever known. When a body is discovered in his penthouse suite Rowland will discover his family fortune and connections only get him so far here and he cannot rely on his older brother to pull strings when he’s in a jam.

Sulari Gentill’s All The Tears in China