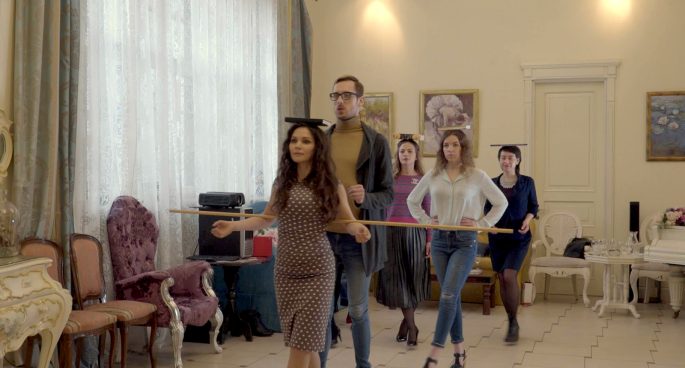 Lida, Vika and Diana are all looking for a better life. They are in uninspired relationships and are striving for more satisfying lifestyles and careers.

Rather inexplicably they are three of many women who take a class with a seduction adviser. A sleazy and slimy piece of work, he sprouts advice of dubious worth with questionable methods and in a more enlightened country would probably find himself arrested for harassment.

The documentary leaves behind this adviser of ill repute and instead follows some of his students. This is where the documentary spreads its wings and makes some interesting insights into life for the modern Russian woman.

Threaded through the film are comments from Vladimir Putin on how he sees the role of women in society.

The film gives a warts and all view of life in Russia. Where everything is cramped and very frustrating. We are shown people much too concerned with status and in constant states of dissatisfaction.

It’s not completely flattering of the women at the centre of the film. They are shown as being, in turn, vain, uncertain and even bordering on delusional. They fall in and out of relationships, have difficult living conditions and they don’t seem to be aware of when they’re making fools of themselves.

Schools of Seduction takes a piercing look at the status of women in Russia. This patient film spans seven years as it follows these women as they strive for a better life with varying degrees of success.