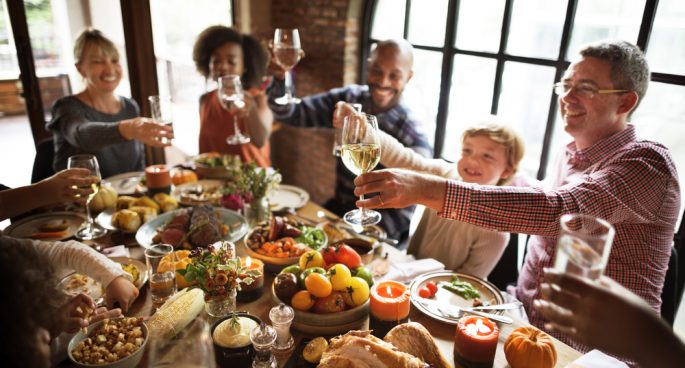 As Australians prepare for the busiest shopping event of the year after Boxing Day, and possibly a family turkey dinner to give thanks, we take a look at the history of Thanksgiving and its increasing popularity in Australia.

Thanksgiving Day celebrates the great harvest feast of 1621 when it was believed that a group of pilgrims arrived in Plymouth, Massachusetts, starving, cold, and with no food. The local Native Americans shared some food with them, and, the following year, when the pilgrims harvested their crops, shared a meal with the Native Americans as a way of saying thanks for their hospitality. It is widely recognised as a brief moment of friendship between the colonisers and Native Americans.

However, Dr Frances Clarke, senior lecturer in the History Department at the University of Sydney, says this is an ‘origin myth’ – the reality being that the many groups which colonised America spread diseases that wiped out significant Native American populations. She says that Thanksgiving wasn’t widely celebrated until the early 20th century, “to invent or animate American traditions, as a way of indoctrinating or incorporating recently arrived immigrants”.