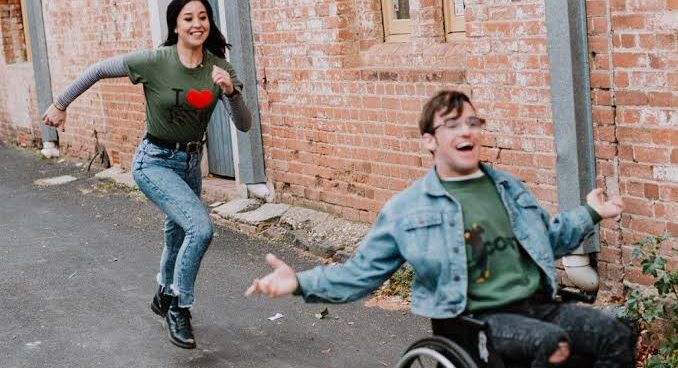 Nina Oyama and Angus Thompson don’t abide by political correctness and aren’t afraid to pull the curtain back on their absurdly wild university days. Their real life stories were so far-fetched (a case of stranger than fiction), that they decided to use their lives as the basis of a comedic webseries.

Their journey as Charles Sturt University students navigating the country side, exposes the corners of Bathurst that are far from the idyllic and quiet perceptions of rural towns. Welcome to their country town: a hotbed of sabotage, scandalous drug and party antics, devil may care attitudes and wicked people dressed up as virtue signalers.

But this isn’t any explosive tell-all comedy, it also explores a relationship dynamic that is so often ignored in mainstream entertainment: the possibility of people with disabilities having best-friends that are physically able. The show also highlights the diversity amongst people that have disability; demolishing the one-dimensional stereotypes (helpless, awkward & anti-social) that pervades disabled people. The central character, Angus Thompson, is disabled, yet he’s the ultimate life of the party: proving, once and for all, that people with disabilities shouldn’t be a pitiful footnote, but rather the vibrant star.

Their webseries, The Angus Project (three six-minute episodes),was initially a grassroots venture, shot with university equipment, but boy did that humble passion project ignite the start of national acclaim. Their episodes were handpicked by ABC’s Fresh Blood Initiative, to appear on ABC iView’s video-on-demand, and they subsequently won a funding competition to create a 30-minute pilot episode that broadcasted on ABC comedy.

Mick chatted to Nina and Angus about their rollercoaster journey from binge-drinking college students, to successful film professionals.

You can watch their show on iView.