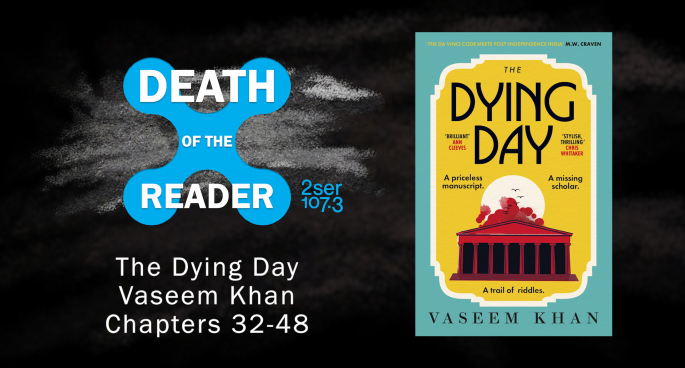 We discuss chapters 32-48 of Vaseem Khan’s historical crime novel, ‘The Dying Day‘. After a near-death run in with a shadowy figure in her father’s bookshop, Persis has finally realised who John Healy was on the run from; Nazis. Now in a life-or-death game to track down The Divine Comedy before they do, a final riddle will be the deciding game – but what if she leads them right there? The stakes are high, the allies are thin, and the clock is ticking.
We’re joined once again by Vaseem Khan to get in depth to a few interesting decisions from the tail end of this story, including why he chose to give the last laugh to a character we’ve barely seen.
Check out Part One and Part Two here!