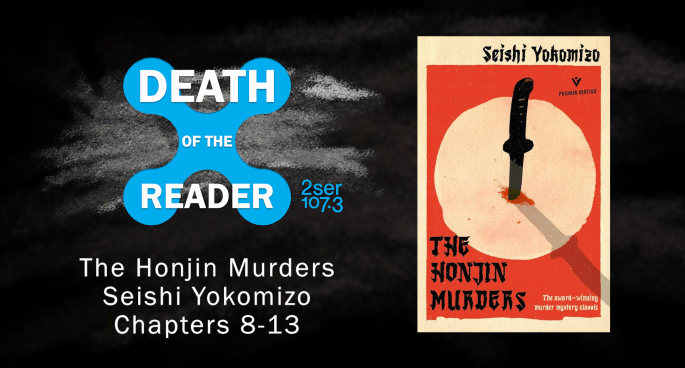 We discuss chapters 8-13 of Seishi Yokomizo’s The Honjin Murders, also known as The Honjin Murder Case. Seishi continues to share his love of other murder mysteries, ripping his influences wholesales in an enthusiastic romp through Kosuke Kindaichi’s investigation into the deaths of Kenzo and Katsuko. Once our detective arrives, his had seemingly permanently affixed to his head, the second act begins with a big tonal change as our diverse array of perspectives are collapsed into the mind of Kindaichi. The young Saburo is found attacked in the dark of the morning, escaping with a gash across his shoulder blades from another attack by the three-fingered man. With the culprit’s identity in question, can Kindaichi find the true criminal before they strike again?

Check out Part One and Part Three here!