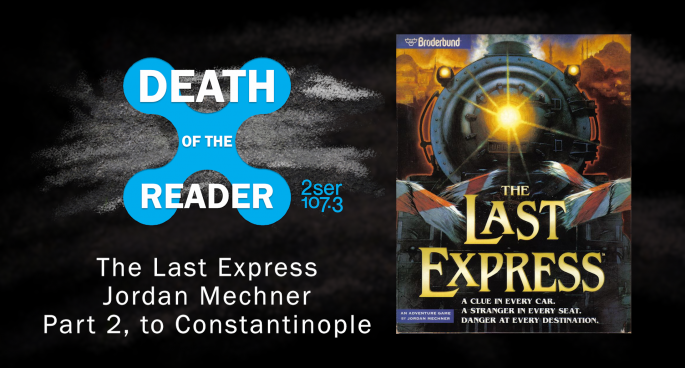 We discuss from Munich to the end of the game from Jordan Mechner’s ‘The Last Express’. After a bit more success in navigating the social charades aboard the Orient Express, Robert Cath finds himself with new friends, plenty more new foes, and the train now hijacked by the Serbians. As the end of the line approaches, your actions controlling Cath will decide the fate of the journey, culminating with the start of World War One, which has started without the passenger’s knowledge since they boarded in Paris. We chat the ups and downs of this climactic finish to a beautiful adventure game.
We’re also thrilled to be joined by Karl-Heinz Teuber, the actor for Herr August Schmidt in The Last Express, to talk about his career and his memories of filming the game.
Be sure to catch up on our livestream playing through this section of the game!
Listen to Part One here!