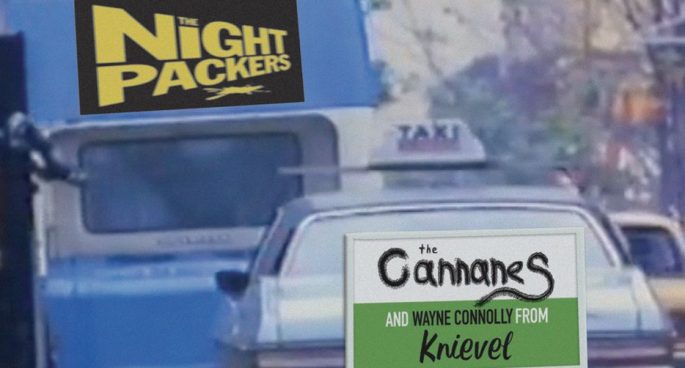 The Night Packers burst onto the Sydney arena with a packed Petersham Bowlo debut show back in July. They return to the scene of the crime this Friday 2 December along with a unique line-up of three acts, all containing minor legends of the alternative Australian Music scene.

The Cannanes need no real introduction. They are low key anti-legends of the Australian alternative music scene, a reputation they have steadily established in different parts of the world since the late 80s. With an extensive back-catalogue of lo-fi Indie Pop/Rock classics to draw upon, anything could happen. Don’t miss their first ever show at the Petersham Bowlo, as their random 2022 gigs to date have been gathering rave reviews from all and sundry.

Wayne Connolly, of late 80s & 90s Indie legends The Welcome Mat & Knievel, will kick-start the night in fine fashion as he plays a special solo set of songs by those two bands, plus songs related to other musical endeavours he’s been involved in.

Tickets for The Night Packers, The Cannanes & Wayne Connolly of Knievel for 8:00pm, Fri 2 December, 2022 at the Petersham Bowling Club, NSW are available now.