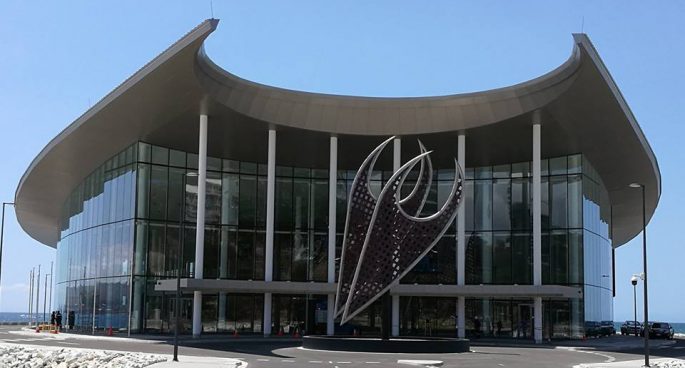 Tess might have been out of action for part of the week, but Geoff is in the studio to make sure that nobody is out of the loop.

Opening the week, APEC demonstrated enormous tensions between China and the United States as Asia-Pacific leaders failed to agree on clauses regarding the World Trade Organisation. Meanwhile US President Donald Trump announced his administration would be releasing a full report on the death of Jamal Khashoggi, whilst the President himself admitted he hadn’t listened to the audio tapes of Khashoggi’s death.

Back in Australia, a 9 month old girl was found dead on the Gold Coast, and her parents are now embroiled in homicide investigations. The father has since been extradited from Queensland by police. Also in local news, a report released this week claimed that casual workers aren’t getting paid as much as full-time workers, even though loading and premiums are meant to close that gap. In Sydney’s west, investigations continue in to a dog attack after a 4 year-old boy was hospitalised after an attack.

On Tuesday Jared Hayne was charged over the sexual assault of a women the night of the NRL grand final that continued through the week. Meanwhile Scott Morrison called for a “bottoms up” approach to tackling congestion in major cities. Less than a fortnight after the Bourke St rampage in Melbourne, 3 men have been arrested for planning a terror attack.

On Wednesday the Liberal Party moved to boot Malcolm Turnbull over claims that he disrupted their campaign in the Wentworth by-election.

On Thursday a member of the Bali Nine has walked free and word has come out that she will be questioned over other incidents from before her imprisonment in Indonesia. Another long-imprisoned Australian, David Eastman, who was charged with the murder of Federal Police Assistant Commissioner Colin Winchester, was found not guilty after 19 years in prison by the Supreme Court.

Statistics have been published showing Green Square station has had a surge in usage by 80% in the last 3 years, and Sydney’s Lord Mayor Clover Moore has said that the recent efforts to improve bus service in the area is too little, too late.

Closing out the week, Thursday saw a dust storm roll through Sydney, raising health concerns and causing some delays for air traffic.