The Wonder of Unicorn Store 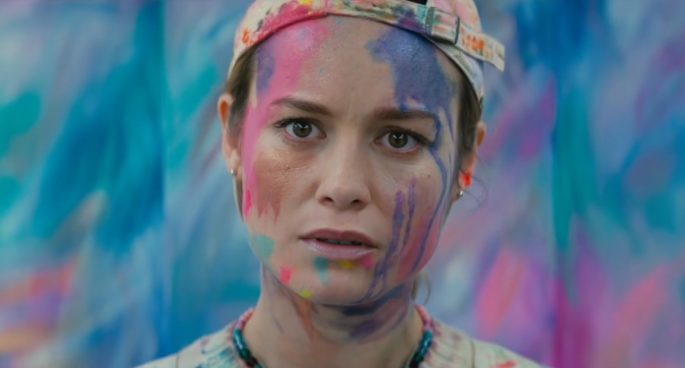 Unicorn Store follows the life of Kit (Brie Larson), an artist who was recently kicked out of art school after she created and presented artwork that was deemed too childish and juvenile. Kit soon moves back to live with her parents (Joan Cusack and Bradley Whitford) who force her to conform to adulthood and give up her child-like wonder. She eventually gets a job at a temp agency where she is made to do mundane things such as use the copying machine all day. One day, Kit receives a mysterious letter signed by someone named ‘The Salesman’ (Samuel L. Jackson) which beckons her to find ‘The Store’ which claims to sell whatever you need the most. When she finds the store, she finds the Salesman and is told that he can fulfil her ultimate childhood fantasy. He can help her get a real, live unicorn. 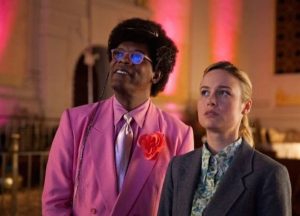 The film is incredibly whimsical, imaginative, and quirky. It allows viewers to embrace their inner child and informs them that its okay to not let that part of yourself go. Unicorn Store welcomes each individual’s uniqueness and creativity and encourages the audience to not hide it from others who may think differently. The film also parallels with a lot of experiences that millennials may face in today’ society such as the ever-present pressure to grow up. This is highlighted when Kit is laying down on the couch watching multiple infomercials on television that teach the viewer how to properly become an adult. The film reminds its audiences that you don’t necessarily have to give up on your childhood dreams when you grow up. You don’t have to leave behind the simplicity and innocence of childhood that made you wonder in awe when you reach adulthood.

Unicorn Store also deals with the theme of family and the issues that surround it through Kit’s relationship with her parents. Her parents, who are very laidback people, have a desire for Kit to grow up and become more mature in the way she acts, dresses, and interacts with other people. We see this through actions such as encouraging Kit to apply for a traditional nine-to-five job, inviting an old neighbour over in the hopes of finding Kit a suitable boyfriend, and asking Kit to eat more healthy food such as Kale. Kit eventually tries to fulfil her parents wishes but ultimately ends up in a job environment that limits and restricts her passion for creativity and imagination. For her work, Kit wears an old, dull, and grey suit that originally belonged to her mother, creating a distinct contrast between her usual colourful, eccentric, and often childish style that she wears outside of the workplace. Nevertheless, at the end of the film when all hope seems lost for Kit, her mother reminds her that “the most grown-up thing you can do is fail at things you really care about” emphasising how failure is a part of life and that you must use these experiences to grow and become stronger.

Furthermore, Unicorn Store touches on workplace harassment that women may face in modern society. Although delivered in a subtle way, it is obvious from the get go that Kit’s boss Gary (Hamish Linklater) is using her naivety to his advantage. His presence over Kit is incredibly creepy, disturbing, and often borders on being inappropriate. Once he finds out about Kit’s creative talent, he instantly asks her to create an advertisement for a product called ‘Mystic Vac’, which are essentially just boring vacuums, and promises her a promotion if her advertisement is well-received and chosen by the board. 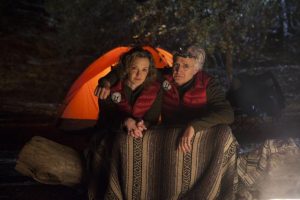 As Kit walks into the board room, the contrast between her and the board members is very clear. She is wearing an eccentric, shimmering green and pink suit with fringes while everyone else is wearing grey corporate wear. Kit’s advertisement proposal is incredibly colourful and playful as she proceeds to redesign the vacuums with bright colours and glitter. She proceeds to present it in her own quirky and unique way through the use of dance, glitter, and confetti- something that has never been seen or done before in the boardroom. Kit’s proposal is actually quite practical and relevant for the product as she uses it to clean up the mess that she has made. However, in the end the board staff still view Kit as an immature child. They refuse to see past her quirkiness and continue to judge her because she is different from the rest of them. Throughout her office experience, Kit is constantly undermined and taken advantage of.

Unicorn Store teaches its audience that “everybody needs some magic in their lives, even if they’re all grown up”. It successfully highlights Kit’s inner struggles of letting go of her childhood which acted as her comfort and security. Sure, Unicorn Store may not be the film that pleases everyone’s palette, but it will definitely be a hit for those with a creative mind who miss their childhood days, similar to Kit. Ultimately on surface level, the film is about an adult woman completing tasks set out by a mysterious man in order to get herself her dream unicorn, but it is much deeper than that. Unicorn Store is about a woman who is trying to overcoming the shame and humiliation that she has to go through on a daily basis just because she is different from everybody else. Unicorn Store is about embracing who you are as a person, especially the little details that make you unique.

Unicorn Store is out now on Netflix, watch the trailer below.