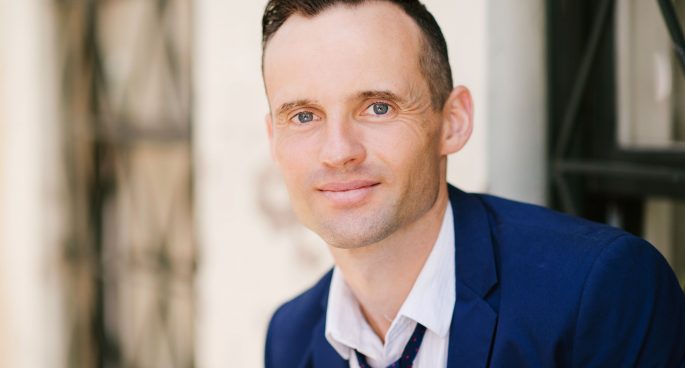 Tommy joins Regina to talk about the last two decades in his award winning writing career.

In 2020 Tommy Murphy received the National Theatre Prize from the Australia Council for the Arts. His most recent stage play was Packer & Sons broke box office records at Belvoir.

Another recent work, Mark Colvin’s Kidney is currently in development for a screen adaptation. Murphy’s earlier stage adaptation of Timothy Conigrave’s memoirs, Holding The Man, is regularly produced around the world with recent productions in Florence, Chicago, Nashville and London.

His screenplay for Holding the Man, for which he was Associate Producer, won the Australian Writers’ Guild Award and the Film Critics Circle Award for Best Screenplay. Netflix distributes the film globally.

The stage play Holding the Man started at Griffin, directed by Murphy’s regular collaborator David Berthold, before transferring multiple times across Australia culminating in a West End production. It won multiple awards including the NSW Premier’s Literary Award, the Australian Writers’ Guild Award and the Philip Parsons Award. Tommy was the youngest and only dual winner in consecutive years of the NSW Premier’s Literary Award, having won for Strangers in Between at Griffin in 2005. Strangers in Between was revived in Melbourne, Sydney and on London’s West End in 2018.

Tommy’s adaptation of Lorca’s Blood Wedding formed part of the London 2012 Cultural Olympiad. His play Gwen in Purgatory (Belvoir/La Boite) won the WA Premier’s Award and the Richard Burton Prize. His other plays include Troy’s House (Old Fitz/ATYP) and an adaptation of Christopher Marlowe’s Massacre at Paris (ATYP).

He is a graduate of NIDA’s directing course, a former president of SUDS, a Patrick White Fellow at Sydney Theatre Company and a Sidney Myer Fellowship recipient. Tommy is the creator of an upcoming ABC TV series, having been on the writing teams for Foxtel’s Fighting Season (Goalpost Pictures) and Devil’s Playground (winner of the 2015 Logie for Most Outstanding Miniseries and AACTA Award for Best Miniseries).