Could Trump kill the Trans-Pacific Partnership and start a trade war? 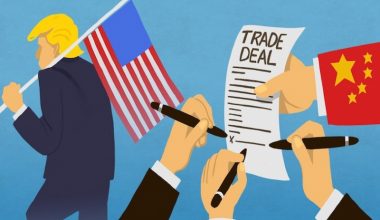 Trump’s presidency could have disastrous effects on the Trans-Pacific Partnership and potentially start a trade war between China, the US and Australia. The Trans-Pacific Partnership Agreement (TPP) is a regional free trade agreement between 12 countries, and was finalised earlier this year, after seven years of negotiations. The TPP was set to deliver valuable markets for Australia’s wheat, beef and dairy. So could a trade war be closer than we think? We were joined by Professor Martin Richardson, from the ANU Research School of Economics to find out more.

Could Trump kill the Trans-Pacific Partnership and start a trade war? Does Morrison’s belief in ‘the rapture’ inform his l...

Pentecostal Christians believe the 'rapture' or 'end of days'…

Image Credit: Veronika Aleshina Taking us through to the…