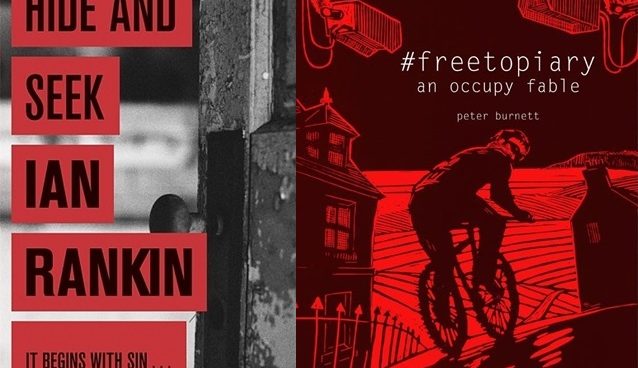 In the second installment of Tuesday Book Club, Andrew Pople brought in two novels from his recent travels to Scotland which helped him explore Edinburgh.

What better way to get to know a new city than to dive into one of its crime novels? Ian Rankin’s “Hide and Seek” (1991) revolves around the streets of the New Town, with protagonist John Rebus caught up in a mystery involving male sex workers and high ranking officials.

Peter Burnett’s cyber novella “#freetopiary: An Occupy Romance” follows young programmer Alan Stewart as he takes a sketchy job with his hacker aunt. He quickly finds himself on the run with a cyber evangelist named Topiary, and inspired by the story of Chelsea Manning, Alan becomes an internet freedom fighter. In under 200 pages, the book showcases the literature available from small press companies.