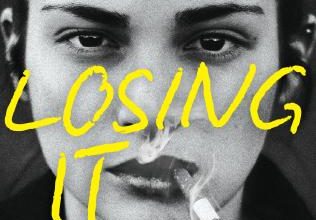 This week for Tuesday Book Club, Nic and Final Draft’s Andrew Pople discuss Australian author Moira Bourke’s Losing It. Initially released under a limited academic print run in 1998, the piece has now had a general public re-release in early 2017.

Set in the 80’s, the narrative follows a young Australian girl, Josie, whose life is conflicted by her personal and public turmoil. Exploring themes of gender, identity, alcoholism and class, the piece tells the story of Josie’s struggles in her home life, and her desire to break free from restraints to carry out her passions.

With the typical reference to the classic 80’s fashion and music, the timely novel is a perfect piece that touches on similar social and cultural concerns evident in today’s society regarding issues around consent, sexual violence, privilege and the mental health services available to the public. A piece that while written in the late 80’s is still very relevant today.

You can hear more from Andrew Pople on 2Ser’s Final Draft.