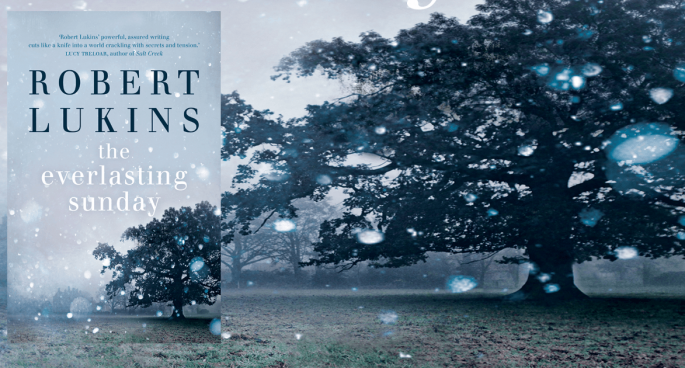 This week Andrew Pople brought with him Robert Lukins’ debut novel “The Everlasting Sunday”. In just over 200 pages, Lukins tells the story of seventeen-year-old Radford, who is dropped off at Goodwin Manor, a school for boys who have been “found by trouble”. Set in the English winter of 1962, when The Big Freeze swept the country, Radford soon learns that the boys at Goodwin Manor have strange rituals. Nevertheless, he is slowly accepted by the other boys- but when Dr Cass comes to inspect the unconventional arrangements, everyone is set on edge.

This deeply moving and thoughtful debut novel explores the impact of an unknown past on the present, as well as men’s mental health issues, a largely taboo topic in the 1960’s.